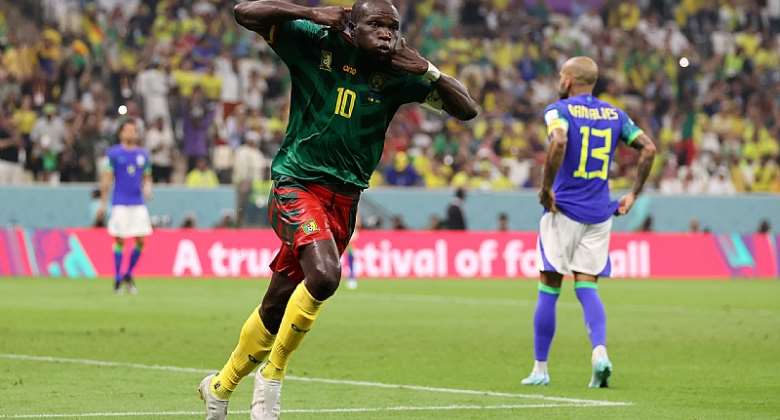 Weeks after the start of the 2022 FIFA World Cup, the group stage of the tournament has been rounded up.

On Friday, Group G and Group H came alive when the final round of games were cleared.

With Ghana losing 2-0 to Uruguay and South Korea beating Portugal 2-0, the group ended in dramatic fashion.

Portugal finished top with six points to advance to the Round 16 stage alongside South Korea. The Asians had little chance prior to the game but benefited from Ghana’s defeat.

This evening, Cameroon had the tough task to stop impressive Brazil from winning their third group game.

With the Indomitable Lions stepping up to the challenge and fighting throughout the 90 minutes, a stoppage-time equaliser from captain Vincent Aboubakar propelled the side to a narrow 1-0 win.

Unfortunately, the result is not enough to send Cameroon through to the knockout stage.

Brazil topped the group while Switzerland finished second to also reach the Round of 16.

In the Round 16 stage defending champions France will face off with Poland. Meanwhile, African champions Senegal are billed to take on England.

Check out all Round 16 games below: