RICHARD KINGSTON OUT OF HOSPITAL

By Yaw Ampofo-Ankrah in London 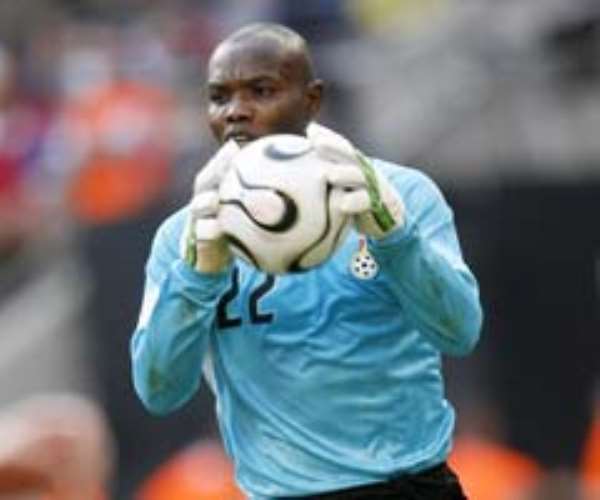 Ever improving goal tender Richard Kingston has been discharged from hospital after being detained overnight for observation.The Ankaraspor man was forced to stretch to his elastic limits on several occasions to deny a very energetic and physical Australian side.

Barely five minutes inside the game, he clashed with Socceroos goal scorer, John Aloisi and needed medical treatment for several minutes before he was allowed to continue. Early in the second half, Kingston again took a knock in his ribs, but managed to stay on until the 60th minute before being replaced by Sammy Adjei. The keeper was later given oxygen for 10 minutes and rushed to Charring Cross Hospital suffering from concussion.

Team doctor, Martin Engmann told myghanafootball.com ,“when Kingston started complaining of drowsiness and shortness of breath we had to act fast because you never know in these situations".

Thankfully after treatment and rest, Kingston was discharged in the wee hours of Wednesday morning and at the time of filing this report he had checked out of the Rennaisance Hotel back to his Turkish base.

"For me he should have won the man of the match title by a mile even though he did not finish the game." - football fan, lawyer Ansah Adu

"Where the bloody hell did you get him from"? Matthew Smith - Soccer Australia Journal

"He's not a bad pair of hands at all is he"? - Portsmouth coach Harry Redknapp