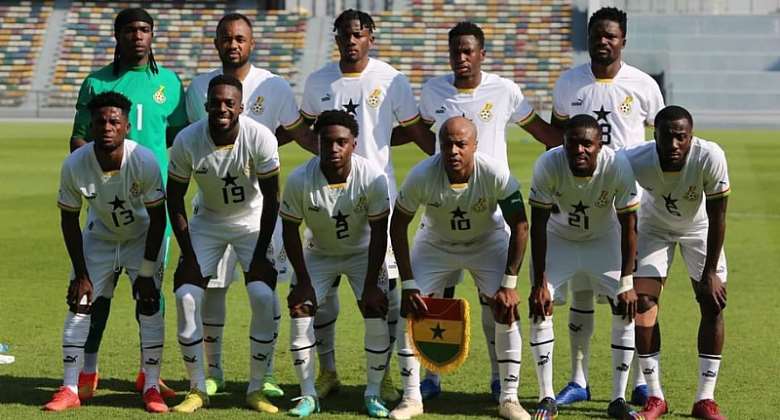 Ghanaian striker Kwesi Appiah has urged the Black Stars to beat Uruguay in their final group game at the 2022 World Cup.

Ghana come up against the South American side that halted their chances of playing in the semifinal of the global showpiece in 2010.

The Black Stars need a draw to progress while the two-time world champions need a win to stay in the tournament.

With the heartbreak headlining the clash, Appiah has called on the team to make amends.

"This is the one that we have to win, we have to just to do it, and then it's over," the 30-year-old, who is on loan at Colchester United from Crawley Town old BBC Sport Africa.

"It just makes up for 2010. I'll never ever think about Uruguay ever again. It will be just like we've just laid some old demons to rest and it's over."

The game will be staged at the Al Janoub Stadium on Friday at 15:00 GMT.

The game will be a repeat of the 2010 World Cup quarter-final incident which saw Luis Suarez save his side with the handball incident as Ghana eventually bowed out of the tournament on penalty shootouts.

Black Stars are currently second in Group H with three points while Uruguay lie bottom with only one point.