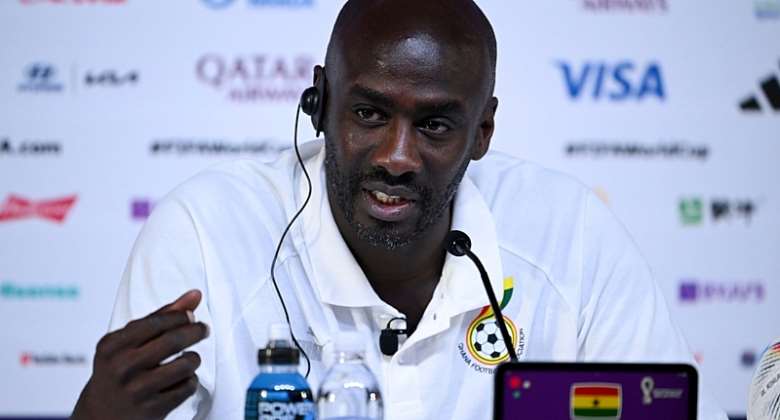 African teams' strong World Cup showing so far demonstrates a need for the competition to be more inclusive with more places for the continent, Ghana's coach said on Thursday, with four African sides still in play in Qatar.

Of Africa's five qualifiers for the 2022 tournament, Senegal and Morocco have reached the last 16, Ghana can advance with a win in their final group match against Uruguay, while Cameroon still have a shot if they beat an already-qualified Brazil expected to rest their top players.

Only Tunisia, who beat France 1-0 on Wednesday, have been eliminated so far.

Speaking before Morocco beat Canada 2-1 to finish top of Group F on Thursday, Ghana's Otto Addo commended Senegal, the first African side through.

"It's surely an inspiration. I'm happy for Senegal first of all, it's very, very important.

"As you all know, Africa is, yeah, it's an exploited continent. In history a lot of things went wrong and went against us."

"This is what we try to do it for people, we do for Ghana, we do for Africa. And I hope that everybody understands that we have to give more than we have and everything we have, because sometimes for people at home it's their last hope," Addo said.

In the previous five World Cups, Africa's best showing was in 2014, when Nigeria and Algeria went through to the last 16.

In the 2002, 2006 and 2010 tournaments, only one African side advanced to the knockout rounds, while in 2018, all five African qualifiers exited at the group stage.

Ghana have the best record of all African sides, reaching the knockout rounds in two of their last three World Cups, and are one of the only three African countries to get to the quarterfinals.

Addo said the five World Cup berths for a continent where 55 nations take part in qualifying was lopsided compared to Europe, where the same number of countries compete for 13 slots.

"It's very difficult for us, the probability for us to proceed is lower than then other nations like in Europe, they have 13 spots. And so the probability is much, much higher."

Ghana's Thomas Partey, who plays club football for Arsenal in England, said the World Cup was missing good African players due to the limited places.

"I'm not surprised," he said of the African teams' performance.

"We know most of the African countries are working harder. We have a lot of quality players ... all those don't qualify."