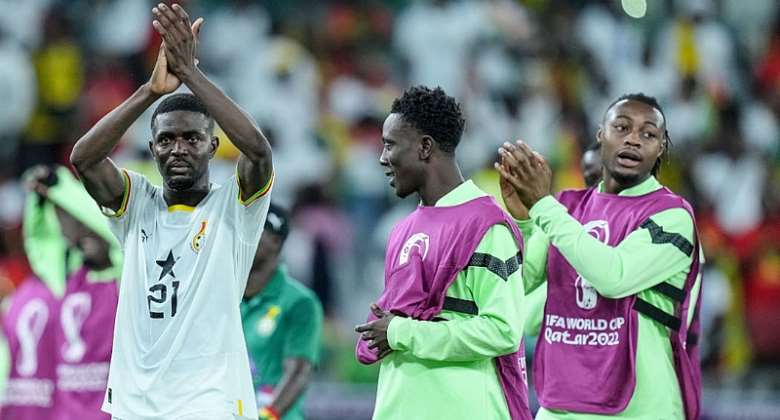 The only previous Fifa World Cup meeting between Ghana and Uruguay was a famous quarterfinal match in 2010, a 1-1 draw in which Uruguay’s Luis Suárez was sent off for deliberate handball, but Asamoah Gyan missed the resulting penalty. Uruguay ending up progressing via penalty shootout.

Ghana are looking to win consecutive World Cup games for the second time, previously doing so on MD2 and MD3 in 2006 (vs Czech Republic and USA). Victory here will see them reach the knockout rounds for the third time in their four appearances at the World Cup.

Uruguay are yet to score a single goal at the 2022 World Cup, failing with 21 efforts at goal so far. The last South American side to go through an entire group stage without scoring a goal was Peru in the second group phase in 1978.

Following their 2-0 defeat to Portugal, Uruguay are looking to avoid losing two group stage matches in a single edition of the World Cup for the first time since 1974.

Ghana have scored in their last seven World Cup games and could equal Nigeria's record of eight for an African nation at the tournament, set between 1994 and 1998.

Ghana have scored with five of their six shots on target at the 2022 World Cup so far, including all three such efforts against Korea Republic last time out. Their five goals in their joint-most scored in any of their four appearances at the tournament (also 5 in 2010).

In their 3-2 against Korea Republic, Mohammed Kudus became the first Ghana player to score twice in a single match at the World Cup. Only Asamoah Gyan (3 in 2010) has ever scored more in a single edition of the tournament for the Black Stars.

Uruguay midfielder Rodrigo Bentancur won possession 19 times for his team in their 2-0 defeat to Portugal on MD2, the most by a player in a 90-minute World Cup match since Brazil’s Mauro Silva in 1994 against the USA (also 19).