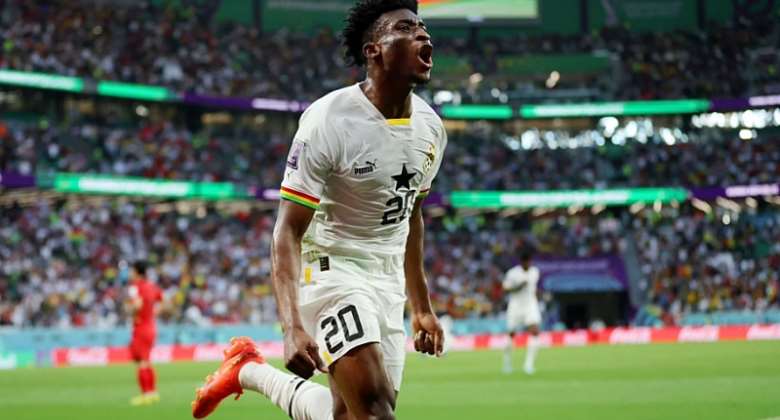 Former Ghana forward, Kevin-Prince Boateng, has praised Mohammed Kudus, describing him as the outstanding player so far at the ongoing Fifa World Cup in Qatar.

The 22-year-old has been a livewire for the Black Stars at the tournament, scoring twice and assisting in the Black Stars’ 3-2 win over South Korea on Monday.

Speaking as a television pundit in Germany, Prince, who featured for Ghana at the 2006 and 2010 World Cup, expressed his admiration for the talented youngster.

Prince picked the Black Stars attacker ahead of stars like Lionel Messi, Kylian Mbappe, and Cristiano Ronaldo, who have all had varying impacts on the campaign of their nations.

“Kudus is the best player in the World Cup at the moment and he overly impresses with what he does. It’s incredible what he can do with the ball,” Boateng said on German television Sport1, as quoted by All Football.

“It will only be a matter of time before he moves, after the Dutch experience, to a top club,” Boateng said, “Kudus is currently the World Cup best player," he added.

Mohammed Kudus has 10 goals in 21 games this season for Ajax in all competitions, flourishing as a false nine after initially struggling for game time at the start of the season.

Kudus will be hoping to propel his team when they face Uruguay in their final group game on Friday at the Al Janoub Stadium with kick-off at 15:00GMT.