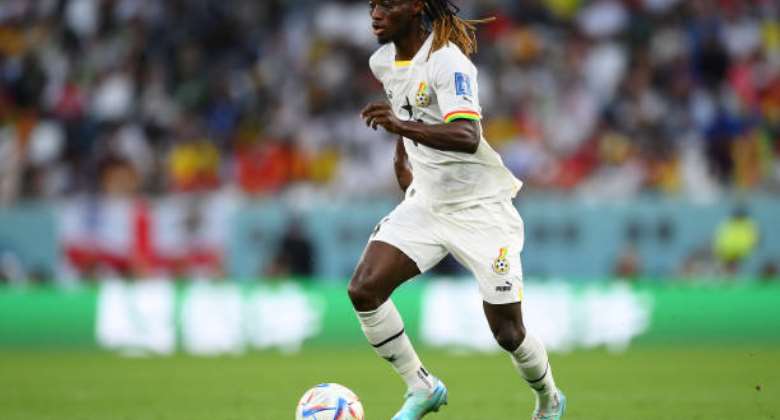 The four-time African champions were denied a place in the final four of the World Cup 12 years ago in South Africa after Luis Suarez deliberately stopped a Dominic Adiyiah goal-bound striker with his hands.

Ahead of the Group H decider, Mensah says the players have moved past the defeat in 2010.

“We’re not looking for revenge. We’re not. For the country and some individuals, yes, they are," he said after the game on Monday against South Korea.

“It wasn’t a good feeling for us. We expected to win when we got the penalty with the handball, so it wasn’t great for us.

"For the players now, it’s just like any other game. We need three points. It doesn’t matter if people say it’s revenge. We still have to get the points," he added.

Ghana, who sit 2nd with three points need a draw to progress while Uruguay who are with just a point need a win to qualify.

The game has been scheduled to kick off at 15:00GMT at the Al Janoub Stadium.