I’ll get intoxicated for the first time, sleep in gutters if Ghana wins the World Cup — Kwamena Duncan 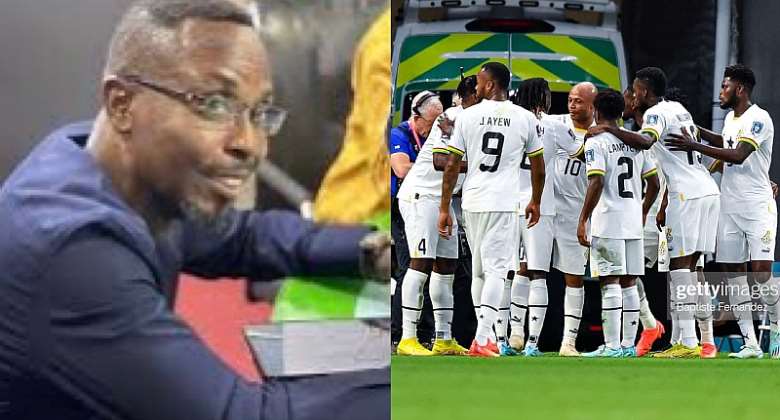 According to him, he will break his lifetime record, drink himself to stupor and wobble in gutters to cheer the players.

Mr. Duncan, knowing his wish may be impossible, urged the team to do their best and advance to the semi-finals or at least the quarter-finals.

"I wish they bring the cup but even if they are unable, they should go to the Quarter and Semi-Finals. . . should they win the cup, you would see me drunk and wobble in the gutter.

"Although I don't drink but if the day comes that we win the cup, I will get so intoxicated and throw myself into a gutter somewhere,” he said on Accra-based Peace FM’s 'Kokrokoo' show on Wednesday, November 30.

Having lost their first Group H fixture against the 2016 European champions, Portugal by 3-2, the African side bounced back to secure three points in their game against South Korea.

The Asians, despite dominating and mounting pressure on the Black Stars, conceded 3-2 after the 90 minutes plus additional 10 minutes.

All eyes are on the lowest-ranked Ghana to take on their fierce rivals, Uruguay on Friday, December 2 and secure their third qualification to the round of 16.

Scheduled for 15:00 GMT, the game will take place at the Al Janoub Sports Stadium on Friday, December 2.