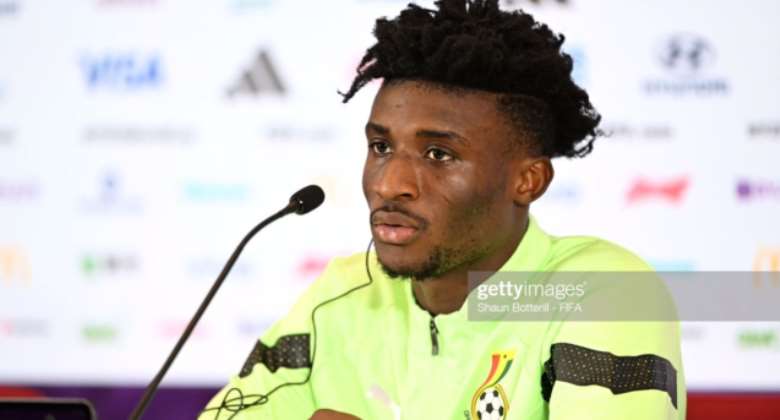 Barcelona Sporting Director, Jordi Cruyff, has confirmed that the Catalan club has been tracking Ghana midfielder, Mohammed Kudus, for more than a year now.

Kudus was on the verge of joining Everton this summer after a frustrating start in the Eredivisie but the deal fell through.

However, has been linked to Liverpool and Tottenham Hotspur with Arsenal also lurking.

However, Barcelona has now joined the likes of the list of clubs interested in the 22-year-old Ajax attacker.

Kudus has been playing more as a false nine this season for Ajax instead of his preferred number ten position.

Cruyff adds that he has been following the discussions in the Netherlands about which position the Right to Dream Academy graduate should play.

“He’s scoring goals and in Holland, they discuss a lot about his position, so yes – I know him well,” he added.

After struggling for game time at the start of the season, Kudus has been on fire for the Dutch giants since being played as a false nine, scoring 10 goals in 21 games in all competitions.

He is also lighting up the 2022 World Cup with a brilliant display against Portugal and bagging a historic brace against South Korea, and will next play against Uruguay on Friday.

Mohammed Kudus will be integral for Ghana if they are to get past the South Americans and qualify for the round of 16 of the 2022 World Cup.