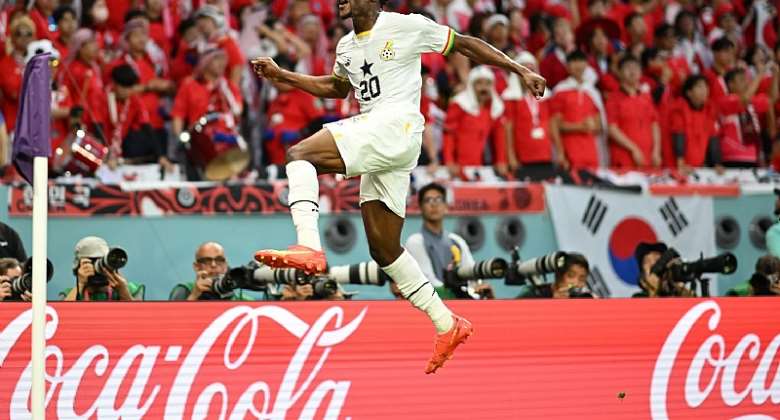 After opening their World Cup campaign with a defeat, the West African country recorded a 3-2 win over the Asian side at the Education City Stadium on Monday.

The 22-year-old scored twice after Mohammed Salisu had broken the deadlock.

Speaking in an interview after the game, Kudus expressed his appreciation to his colleagues, particularly the two who assisted his goals in the 3-2 win over the Koreans.

“I want to thank all my teammates because it’s a collective game and they all played a part in my performance; the cross from Jordan [Ayew] and the cutback from [Gideon Mensah],” he said

“I want to thank my teammates, big-ups to everyone because everyone played a part," he added.

The Ajax player was also named the Man of the Match after the game and became the first Ghanaian player to score twice in a game at the World Cup.

Ghana will wrap up their group games on Friday against Uruguay at the Al Janoub Stadium with kick-off at 15:00GMT.