2022 World Cup: We will play as a team not to concede against Uruguay - Andre Ayew 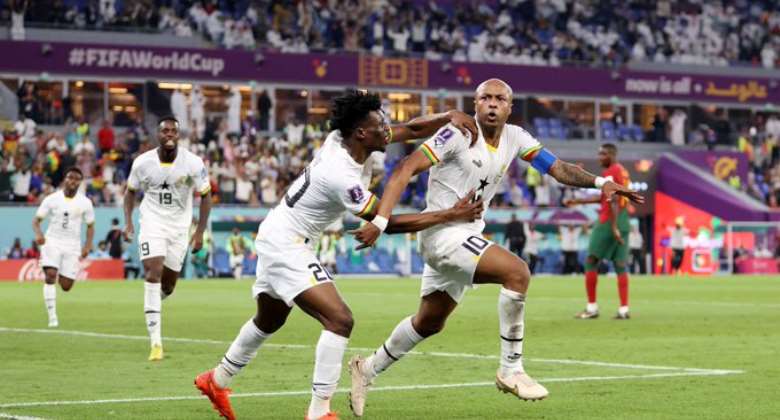 Black stars captain, Andre Ayew says the team will work together to avoid conceding goals in their final group game against Uruguay on Friday.

Ghana, who are making their fourth appearance at the Mundial have conceded five goals and scored five at the competition, following a 3-2 loss to Portugal and a 3-2 win over South Korea.

Ghana must now win against Uruguay at the Al Janoub on Friday to progress to the last 16 of the tournament.

Ayew believes it is important for the team to do better defensively against the South Americans.

“If we concede and we win the match in the end, I am okay but we will try and concede less and work as a team”. Ayew said in a post-matchch interview.

“It’s not only the defenders and goalkeeper, we have to try and concede less as a unit because I believe that with the squad we have, we can get some goals.

“We will try and defend better and try to score more goals if we can," he added.

Ghana will hope to make it to the last 16 after failing to progress during the 2014 global showpiece in Brazil.

Election violence in Nigeria's south east is threatening to ...
56 minutes ago