2022 World Cup: It will be a difficult game but we will win - Ghana coach Otto Addo ahead of Uruguay clash 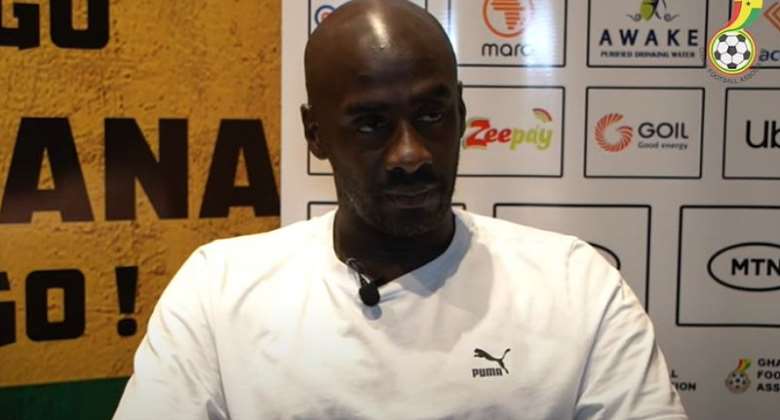 Ghana coach, Otto Addo says he will not be seeking revenge against Uruguay on Friday in their round of game at the ongoing FIFA World Cup 2022 at the Al Janoub Stadium.

The must-win tie for both sides comes 12 years after Uruguay controversially defeated Ghana in the quarter-final stage of the 2010 World Cup in South Africa.

With the scores tied at 1-1, Luis Suarez used his hands to clear Dominic Adiyiah's header and what surely would have been the extra-time winner. The resulting penalty was rattled off the woodwork by Asamoah Gyan and the game progressed to penalties that Ghana lost.

The loss remains one of Ghana's most painful sporting moments and many Ghanaians are looking forward to the Stars' avenging that loss.

However, for Ghana coach Otto Addo revenge is not the main target on Friday.

"It will be very difficult but I am confident to know that we can win this game," Addo said after the Black Stars defeated South Korea 3-2 on Monday.

"I'm not a guy that thinks much of revenge," he added.

"It was a really, really long time ago that this incident happened and I am a strong believer if you don't seek too much revenge on these kinds of things sometimes you get the blessings."

Addo is anticipating a difficult game against the Uruguayans and maintains that the Black Stars will have to be at their best to defeat the South Americans and secure progression to the round of 16 stages.

He also identified the Uruguayan forward line which has the likes of Maximiliano Gomez, Darwin Nunez and veterans Edinson Cavani and Luis Suarez as a major threat to Ghana's qualification chances

"It is a different approach, a different team," said Addo. "They have very good strikers, lots of experience and they are a very compact, very good team.

"It will be very difficult just like every match. We said before the tournament started every game will be on edge, and we have to be at our best to beat them."

Victory against Uruguay will guarantee the Black Stars' progression to the next round while Uruguay who has one point and are bottom of the group must defeat Ghana by a healthy margin and hope group leaders Portugal beat South Korea in the other tie in Group H.