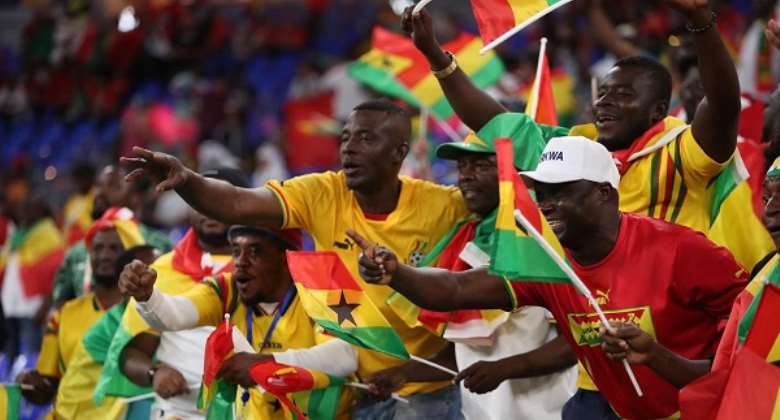 The Minister of Youth and Sports, Mustapha Ussif has cautioned Ghanaian fans in Qatar against reselling match tickets given to them to attend the Black Stars matches at the ongoing FIFA World Cup.

Speaking to Ghanaian fans at their Al Madaen Complex base in Doha, the Minister said the security authorities in Qatar have already arrested citizens of other countries who were being processed for court.

He appealed to Ghanaian fans to keep their tickets and use them for the assigned purpose - supporting the Black Stars.

"The Police and the various agencies are always at the stadiums monitoring things, we have toiled to get you tickets, we don't want any of you to go out and sell the tickets we have given you," the Minister said.

"So far, the authorities have arrested some people and taken them to court, they have sent the evidence to the Ambassador, we don't want anybody (Ghanaians) to fall into this".

Anyone who sells or exchanges tickets for the tournament without permission from world football's governing body Fifa faces a fine of up to 250,000 riyals ($66,000).

In July, Qatar's Justice Ministry said this penalty fell under Law No. 10 of 2021, which outlines Qatar's measures for hosting the World Cup in November.

The Minister was on a courtesy call to the lodging of some Ghana fans who were airlifted to Ghana through a collaboration between the Ministry of Youth and Sports and corporate Ghana. He was accompanied by the Ambassador of the Republic of Ghana to Qatar, Mohamed Noureddine Ismail.

The fans were mobilized with funding from companies in Ghana to Doha where some Ghanaian residents joined them to support the Black Stars.

He appealed to the fans totaling 1,000 to be moderate and disciplined in their daily dealings as they were ambassadors of the country in Qatar.

Mr. Ussif said despite the economic challenges of the country, the Ministry appealed to corporate bodies in Ghana to fund the trip.

He also commended the fans for their spontaneous gesture to clean the Education City Stadium after the Black Stars defeated South Korea 3-2 on Monday.

He clarified that although the state was not providing cooked meals to the fans in-line with the recommendations of the Justice Dzamefe Commission Report, the fans would be given stipends for their upkeep.

Ambassador Ismail lauded the efforts of Ghanaian residents in Qatar about supporting the national team.

He said before the arrival of the fans from Ghana last Wednesday, they had ensured that the Black Stars felt at home when they touched down in Qatar.