2022 World Cup: There is more to come from Kudus Mohammed - Andre Ayew 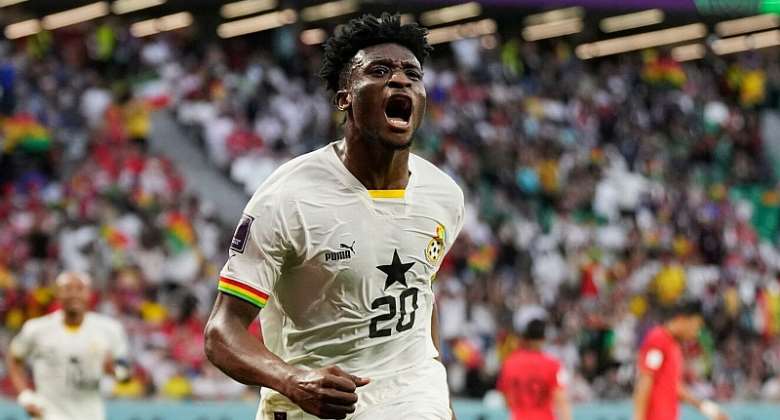 Black Stars captain, Andre Ayew has lauded Mohammed Kudus following his explosive performance at the ongoing 2022 World Cup in Qatar, saying the world is yet to see more of his teammate.

The Ajax forward grabbed the headlines after netting a brace as Ghana recorded a 3-2 win over South Korea in their second group game on Monday at Education City Stadium.

Kudus' brace makes him the first Ghanaian to score twice in a single World Cup finals game, as well as the second-youngest African player to score two goals in a World Cup match.

According to the Black Stars captain, Ghanaians already know Kudus is a great player and it is now time for the whole world to know him.

“He has a bright future in front of him. We know this, I know this, Ghana knows it now, and the world is going to know it. You’ll see, more is coming from my boy.”

“Hopefully, he can keep on shining because he has a really bright future,” Andre Ayew said.

“He’s a good character. He’s a very good guy who is fast one-against-one. He has very good game intelligence.

“He has to work more defensively, this is for sure, but he is on the right track to be a great, great player”, Otoo Addo said.

At the end of the match, Mohammed Kudus was presented with the man-of-the-match award. He thanked his teammates for their support in his performance against South Korea.

“The whole team was on top of their game.
“I want to thank all my teammates because it is a collective game and they all played a part in my performance”, Kudus said.

The Black Stars are expected to play their last group-stage match against Uruguay on Friday, December 2 at Al Janoub Stadium in Doha.

Ghana will hope to make it to the next round of the tournament after failing to progress in 2014 in Brazil.