Uruguay vrs Ghana: Mohammed Kudus to be banned from playing? 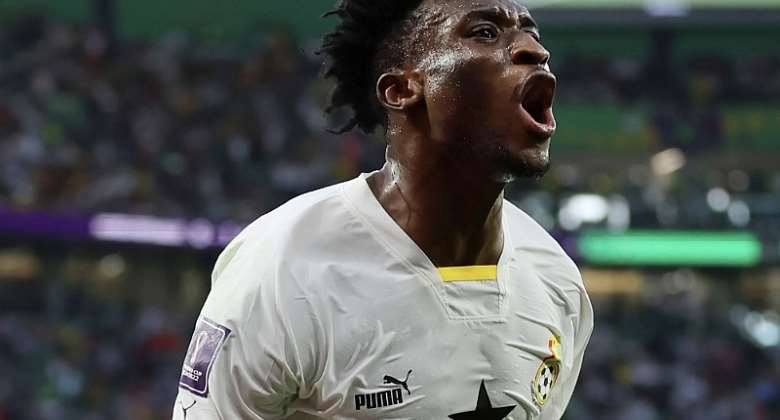 Unconfirmed reportage may be detrimental to Ghana’s knockout stage bid in the ongoing FIFA World Cup in Qatar.

The Amsterdam-based Ajax playmaker, who has played two games and scored two goals for the Black Stars, is allegedly being investigated for using the "F-word," as captured on camera.

If it turns out to be true, a Twitter account with the handle "Qatar 2022" says the player may be fined or banned from playing Ghana’s last group stage game against Uruguay.

However, though the said account is managed by an astute African journalist who is also affiliated with CAF, there hasn’t been any official communication from FIFA regarding the news.

The word, according to the New Oxford English Dictionary, has two meanings: "to have sex" and "to destroy," both of which contrast with the host nation’s norms and values as well as those of FIFA.

A repeat of the historic quarterfinal match in South Africa 2010 is about to happen between Ghana and Uruguay. It is a must-win for each side, especially the South Americans, as they only have a point while the Black Stars have three points.

A winner from the match, especially when it is Ghana, stands an automatic chance to advance to the Round of 16, regardless of the results that may come from the Portugal vs. South Korea game on the same date and time.

However, if Uruguay wins, they may have to pray for South Korea to draw or lose against Portugal.

Scheduled for 15:00 GMT, the game will take place at the Al Janoub Sports Stadium on Friday, December 2.