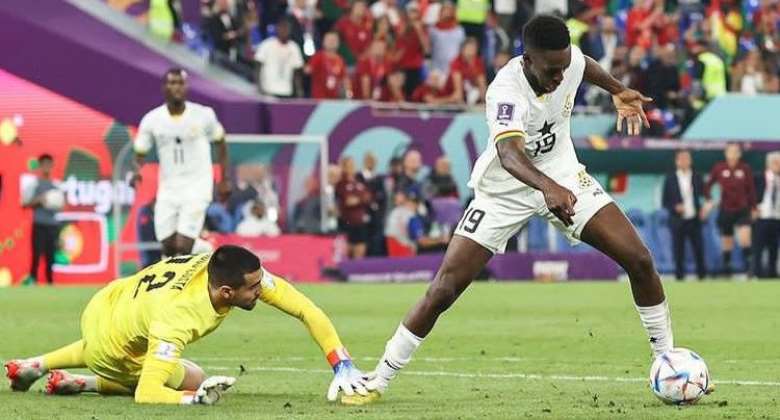 Former Black Stars captain, Asamoah Gyan, has showered praises on Inaki Williams for his performances at the ongoing FIFA World Cup in Qatar.

The Athletic Bilbao forward is yet to find the back of the net after two games played at the tournament.

Williams has been the subject of criticism after missing a glorious opportunity against Portugal in the opener.

Gyan, however, has jumped to the defense of the striker saying Williams' all-round effort cannot be ignored.

“Inaki has been brilliant. He has worked so hard for the team and has shown he’s willing to die for the shirt," he said on SuperSport.

"He just needs to adjust a few things concerning his movement and will be fine.

“He’s the sort of player every coach would love in his team and I’ve been impressed with him overall,” he said.

Ghana claimed a priceless 3-2 victory over South Korea in their final group game.

The Black Stars must now avoid defeat against Uruguay to stand a chance of qualifying for the knockout stages.

The game has been scheduled to kick off at 15:00GMT at the Al Janoub Stadium.