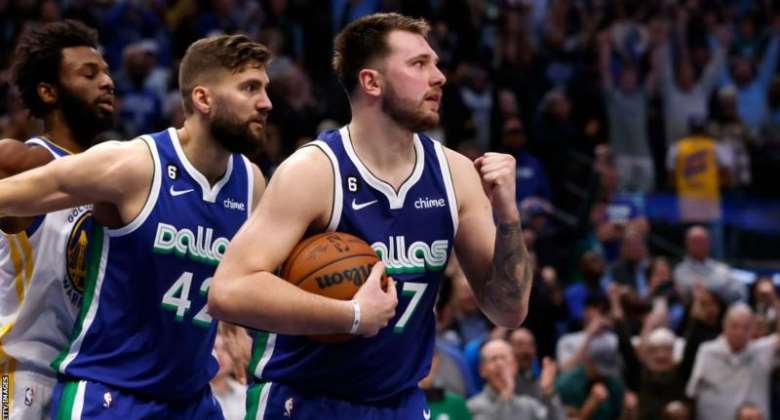 Luka Doncic delivered his fifth triple-double of the season to lead the Dallas Mavericks to a 116-113 win over NBA champions the Golden State Warriors.

In a rematch of last season's Western Conference finals, he top-scored with 41 points, 12 rebounds and 12 assists.

It is the Slovenian's 51st career triple-double.

"It's getting boring," joked Mavericks head coach Jason Kidd. "I mean, let's see something different. Maybe do it with his left hand."

Stephen Curry led the Warriors with 32 points but team-mate Klay Thompson missed a three-pointer that would have tied the game with 2.6 seconds left on the clock.

Elsewhere on Tuesday night, the New York Knicks' power forward Julius Randle celebrated his 28th birthday with a season-high 36 points as his side cruised to a 140-110 victory against the Detroit Pistons.

The Los Angeles Clippers - without their injured star player Damian Lillard - came from behind to beat the Portland Trail Blazers 118-112, with Norman Powell leading the Clippers with 32 points off the bench.