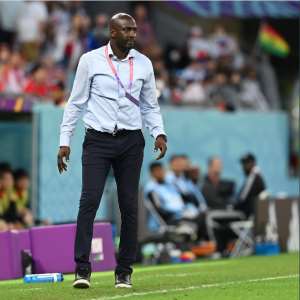 The Black Stars secured their first win of the 2022 World Cup against an Asian side in the second group game at the Education City Stadium.

Mohammed Salisu and Mohammed Kudus scored the first two goals in the first half.

However, Cho Gue-sung scored two quick goals in the second half to level up.

However, Kudus scored the winner as the West African country secured the three points after suffering a defeat in their opener against Portugal in their 974 Stadium last week Thursday.

Speaking after the game, Addo praised his players' commitment and attitude after the win.

"It was about attitude," the 47-year-old said.
"Even when we were down, the players fought on and still wanted to win and we won.

"It was a great feeling to see them exhibit that fighting spirit," he added.

Ghana will return to action on Friday when they take on Uruguay in their final group game at the Al Janoub Stadium with kick-off scheduled at 15:00GMT.