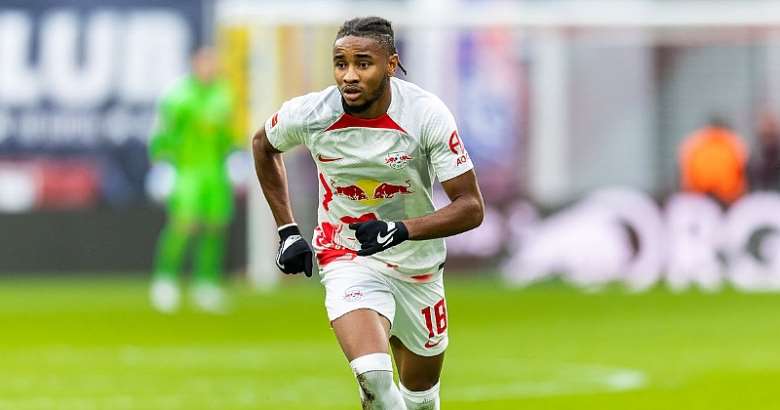 Chelsea are reportedly close to agreeing a deal to sign French midfielder Christopher Nkunku from RB Leipzig next summer.

He has allegedly already completed a medical with the club ahead of a £52million move - according to Fabrizio Romano.

Nkunku missed out on playing at the World Cup in Qatar after picking up an ankle injury during France training just days before the start of the tournament.

It is expected he will be out of action until next year and could require surgery on the ligament damage he has suffered.

His injury problems appear to not be putting Chelsea off the move, with contracts expected to be signed after a long term deal was agreed.

It is also believed that a structure is being put in place with clauses to make payments for the deal easier.

Nkunku has been on Chelsea’s radar for some time after winning the Bundesliga player of the year award last season, in a campaign which saw him score 35 goals in all competitions.

The 25-year-old has continued his impressive form this season, with 17 goals to his name already; the same amount as Chelsea have scored in the Premier League so far.

In his most prolific spell before the World Cup break, Nkunku found the net seven times in six matches.

Chelsea could certainly do with his firepower, with the club languishing in eighth position in the top flight, with just six wins from 14 games.