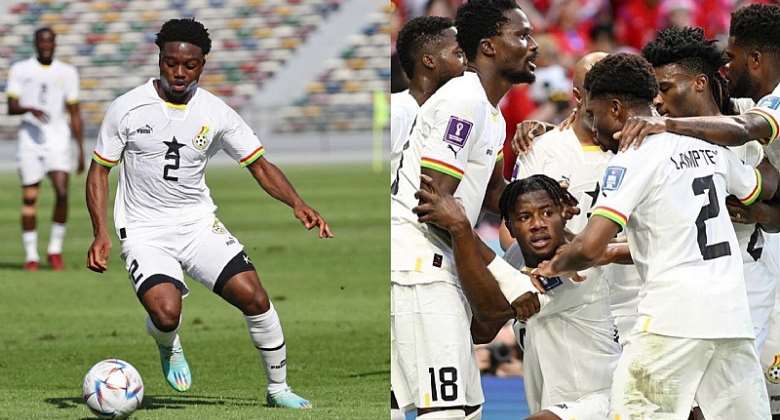 Ghana Black Stars’ defender Tariq Lamptey has opined on the team's preparation for their next game against Uruguay on Friday, December 2.

The 22-year-old Brighton player expressed his gratitude to Ghanaians for supporting and cheering the team to their first victory in the ongoing World Cup on Monday, November 28.

In a tweet after the game, on Monday, Tariq wrote, “What a win, thank you for the amazing support. Now time to prepare for the next one.”

“I want to thank all my teammates for playing their part in my winning the man of the match," he said in a post-match interview, adding that the Black Stars are "fully confident" going into the Uruguay game. "We are coming in 100%" against Uruguay on Friday, December 2.