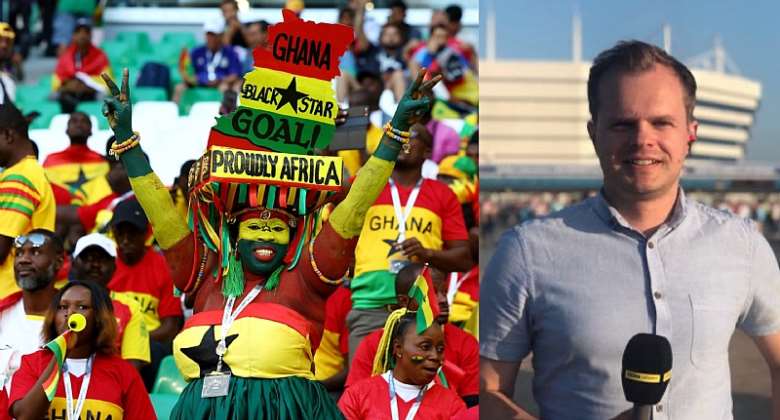 Sports journalist with the BBC, John Bennett was amazed witnessing how Ghanaians show love for the Black Stars.

According to the journalist, Ghanaians who were seated right behind him were in high spirits as one of them, a lady, prayed throughout the 10-minute additional time.

The fans were probably afraid that the South Koreans could have equalised the 3-2 scoreline by looking at how they mounted pressure on the African side.

“The Ghana fans behind me are in bits. One lady has been praying for the entire injury time!” he wrote in a tweet on Monday November 28 after the match between Ghana and South Korea.