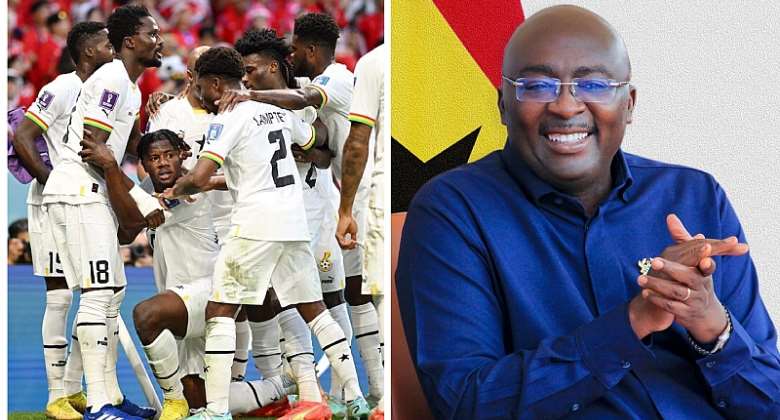 Vice President Dr Mahamadu Bawumia has taken his turn to congratulate the Black Stars following their victory against the South Koreans in their second Group H FIFA World Cup 2022 fixture.

He said the country appreciated the performance of the team.

The Vice President added that they chased and caught their qualification dreams.

He urged them to put up another brilliant performance in the last game against Uruguay on Friday, December 2, and qualify for the next stage of the tournament.

“Congratulations to our gallant Black Stars! The country appreciates your efforts and hard work in today's game. You chased and caught your dreams,” he wrote in a social media post.

“Go for qualification in our last group game against Uruguay on Friday. You can do it,” the post concluded.