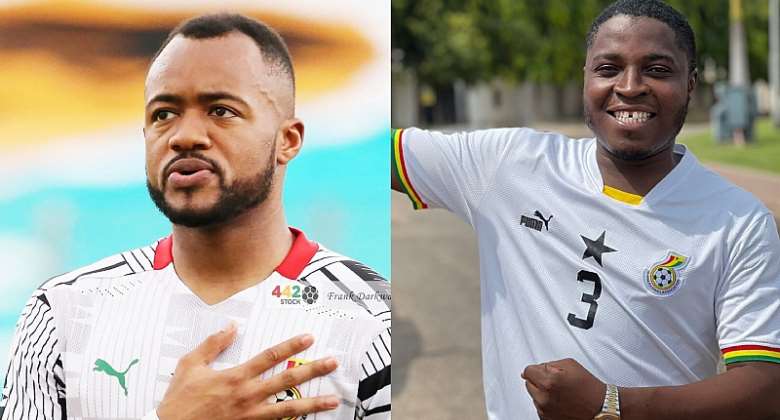 At a time when almost all Ghanaians doubted the abilities of Jordan Ayew because of his "poor" performances in previous games, he had hope.

He predicted that the Crystal Palace player would put out his best performance to shame his critic, a prediction someone said was under the influence of “wee”.

However, his prediction that Ghana will win 3-1 against the South Koreans in the game on Monday, November 28, twisted and rather ended in 3-2, still in favour of Ghana.

“For those who just dislike this ’boy’ , get technical eyes 👀 oooo… his work rate is incredible and no coach can ignore such a player. Jordan will make a huge difference in our squad today,” he predicted.

“By the 68th minute, he can be substituted by which time he would have made a huge impact on the game,” meanwhile he was rather substituted on the 77th minute.

Just as Edem Agbana said the Crystal Palace forward got vindicated following his impressive performance in the game.

He trended on Twitter, with a lot of people praising him with the hashtag "drop the hate” and “we are sorry.”

The 31-year-old contributed to Ghana’s second goal with an impressive pass that was netted by Mohammed Kudus.

After the first half of the game, the Black Stars, who lost to Portugal in their opening match, were up 2-0 against the South Koreans in the first half with a first goal being registered by Mohammed Salisu.