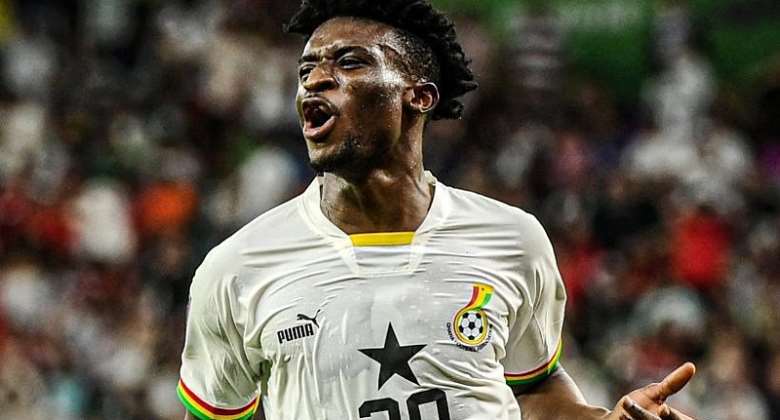 His double-net shaker brought Ghana’s quest for a qualification at the group stage back to life.

"I want to thank all my teammates for playing their part in my winning the man of the match," he said in a post-match interview, adding that the Black Stars are fully confident going into the Uruguay game. "We are coming in 100%" against Uruguay on Friday, December 2.

Kudus made his international debut against South Africa in a 2021 AFCON qualifier where he scored a goal.

With massive pressure mounting on the African side, Lawrence Ati Zigi, the goalkeeper, became the only answer to the three points Ghanaians were seeking during the match.

Though he was beaten twice by Gue Song Cho, the 25-year-old recovered and further saved all other punches from the South Koreans.

After about 23 minutes of pressure, the four-time African champions took the lead on a game-changing goal from Mohammed Salisu.

From an experience pass from Jordan Ayew, the stars doubled their lead with a shoot from Ajax’s star boy, Mohammed Kudus, who then sealed the long-awaited victory with another tackle in the 68th minute of the game.

Jordan arguably justified his inclusion in the game with an incredible game display and an assist.

Kudus won the player of the match award.