I'm so happy for Afriyie Barnieh, he has impressed me — Yaw Dabo 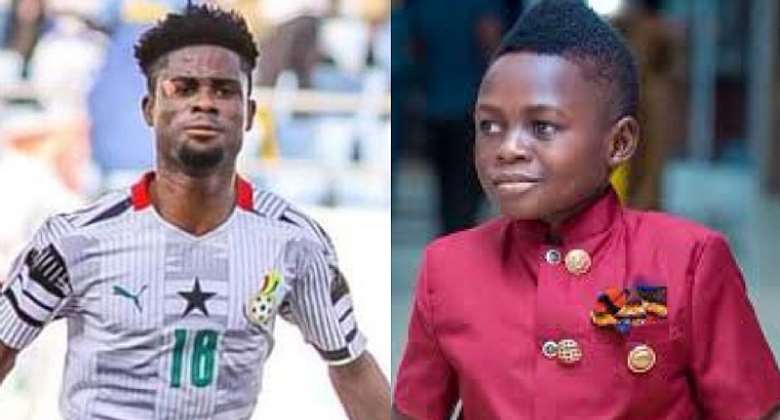 Ghanaian actor and football administrator, Samuel Yaw Dabo, has expressed his excitement about the progress of his discovery talent, Daniel Afriyie Barnieh.

Some years ago, the Hearts of Oak and Black Stars player passed through the “Dabo Football Academy” before joining the Phobians.

Prior to his call-up, it became a national outcry, particularly among astute sports personalities who wanted him called at all because of his unique football skills.

Having finally gotten the nod, the 21-year-old proved a point to his fans with his impact in Ghana’s 2-0 victory against Switzerland in a friendly match before the World Cup.

Though he is yet to make his first appearance in the World Cup, Yaw Dabo said he is currently fulfilled and happy about the player's growth so far.

Speaking to Ghanaian blogger Zion Felix, Yaw Dabo said his impact on the player's career could land him a good opportunity shortly.

“Yes, yes, I am impressed. Because when I look at where he came from, his background and all that he has been through, I am so happy for him. You see, in this world, not all glitters are gold.

“It can be that through the help I have offered him, I will also land a great opportunity somewhere which will also help the academy. It's a good thing. I am very happy and proud," he said.

Speaking about their current relationship, the comic filmmaker said they are on very good terms, adding that he is not planning to worry Afriyie Barnieh about money.

"I talk to him. We communicate. As for blacks, we might have the perception that he is supposed to be supporting me at least every month but I don't see it like that. I don't disturb him with money issues because I think he is yet to achieve more than he has. I want him to focus.

“There are times he even calls me for money because he still sees me as his boss. He doesn't even make enough money from Hearts of Oak. He is now building his foundation and I don't want to give him pressure. You'll be surprised to know that maybe his pay at Hearts of Oak isn't even up to 2,000."