Bukari Osman celebrated his goal while Ghana was down; he’s not serious — Don Bortey 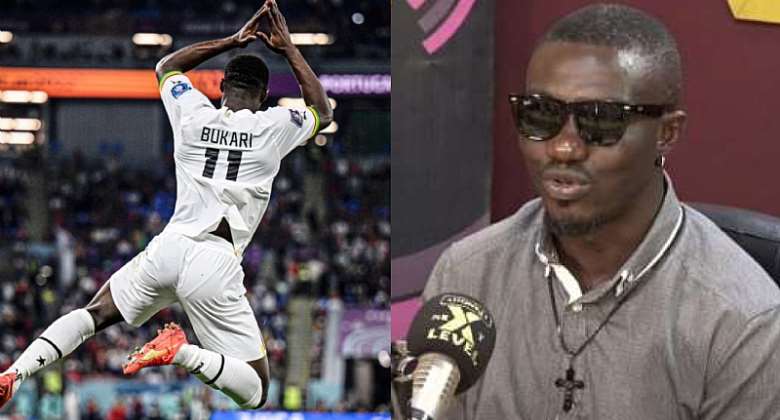 He is upset with the fact that the player could spend his energy and time jubilating while his team was still down.

Reacting to the player’s jubilation in a tweet on Thursday, November 24, the legend stressed that he was disappointed.

He added that the player is not serious.

“I was just shaking my head when I saw him jubilating. He is not serious,” his tweet reads.

Osman’s 89th-minute goal celebration has received a lot of backlash from Ghanaians who believe it wasn’t necessary.

The 23-year-old imitated Cristiano Ronaldo’s goal celebration style, an attitude many saw as a shade at the 37-year-old player.

But in response, Bukari clarified in a tweet that he never did that to disrespect the Portuguese captain, as his family values frown on such attitudes.

On why he celebrated at that critical moment, he said he was astounded to have scored his first goal for his national team, hence his joyous celebration.

“I have noticed my celebration today has generated comments claiming I was disrespectful towards Ronaldo. This is incorrect,” he said.

He clarified, “I was overcome by the emotion of the moment of scoring for my country on my World Cup debut leading to my celebration.”

“My upbringing doesn’t permit me to be disrespectful to elders let alone one of my idols,” he stressed.

In furtherance, he said, “Thanks for your support and we focus on our next game!”

After the game, the Black Stars of Ghana lost 3-2 to their Portuguese opponents.