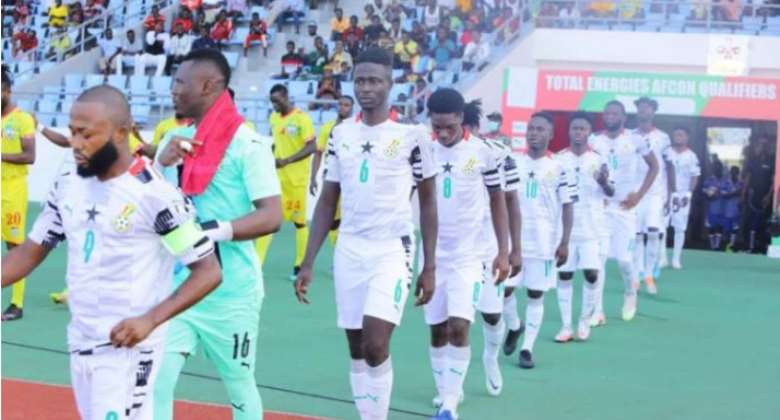 A provisional squad of 40 players has been named by Ghana coach Annor Walker for the 2022 Championship of African Nations (CHAN) in Algeria.

The Black Galaxies – runners-up in 2009 and 2014 – defeated Nigeria last September to return to the competition for home-country players after missing the past three editions.

The squad assembles at the Ghanaman Soccer Centre of Excellence in Prampram on Sunday, November 27. Coach Annor Walker will thus have approximately 48 days of preparation for the CHAN early next year. He will select his final team during this period.

All 40 invited players were drawn exclusively from the Ghana Premier League which is currently on a World Cup break after 8 games.

Hearts of Oak defender Mohammed Alhassan is the biggest absentee.

The centre-back – who scored in the 3-0 win against Benin at Cape Coast Stadium – was a constant feature in the side’s qualification for the tournament.

Dreams FC winger Sylvester Simba’s superb displays in the U-23 Afcon qualifiers for the Black Meteors have been rewarded with a call-up to the home-based senior national team.

The 2022 Championship of African Nations (CHAN) tournament gets underway on January 13 until the grand finale at Baraki Stadium in Algiers on February 4, 2023.

Housed in Group C, Ghana will base in Constantine and play all their matches at Mohamed Hamlaoui Stadium.

The Black Galaxies kick-start their campaign against Madagascar on Sunday, January 15 before taking on Sudan (third-place finishers in 2011 and 2018) in their second game four days later. Ghana and Morocco – who have won the last two editions – will then meet in their final group match on Monday, January 23.

All three of Ghana’s group games have the same kickoff time – 20:00 GMT.