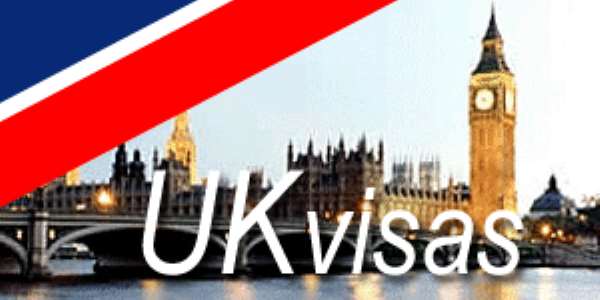 As you read this, last minute frantic efforts are being made to withdraw no less than 23 visa applications from the British High Commission. Sometimes we do not understand why our hard working, honest and patriotic sportsmen and women are refused visas. As long as their fate remains in the hands of corrupt officials who use and abuse the system we are doomed.

The visa application withdrawals may succeed this time but we are onto it and creeping closer to stunning revelations. The day of reckoning is surely approaching. It may not happen today or the next or the following week BUT it will happen.
The sordid corruption in some spheres of Ghana Sports and especially Ghana football will be laid bare. But until then some of us will have to bear the brunt of being "too known" Afterall who asked any of us to act as policemen of Ghana sports?

The truth is that we ALWAYS resist the lure for juicy and controversial stories because after some time nobody will take you seriously again. So as much as the above headline might ruffle a few feathers,there is enough evidence to suggest that something is cooking in the kitchen and before it's ready to be eaten we might as well taste it. Myghanafootball investigations are close to uncovering a major scam at the Ministry of Science and Sports (Sports Division).

Our investigative team was first alerted to the scandal last friday by an official at the Ministry who wishes to remain anonymous ( can you blame him) For the benefit of clarity that official shall be known as Mr. X and he is alleged to be using the 'good' name of the Ministry to acquire visas for NON ministry employees!

Prospective clients are being charged $3,000 for the deal. So what's the big deal you might be asking? After all this happens in Ghana all the time and we live in a democracy right?

The big deal is that the alllegations of Mr X are being levelled against a very senior official with considerable mileage in Ghana sports....Mr. Y. Secondly the media at large,sports journalists in particular and government are all talking about corruption and making ugly noises like a bunch of hypocrites but when it reaches our doorsteps we shut up!

Mr X is convinced the plot is a big one and he insists that he WILL talk at the appropriate time when pressed. So what eveidence is there to suggest there is any truth in these allegations? There is a dramatic twist to the scandal because according to our investigations there is a 'lady' involved and she is being blackmailed by a senior official to "cooperate" or else. Our source at the Ministry has promised more but we cannot wait since this is no rocket Science.

For starters, the names of visa applicants from the Sports ministry have been made available to myghanafootball.com But we cannot just go ahead and publish it like that.... OR CAN WE? Watch out for the update :

The identity of Mr X is Revealed AND HANS DIETER IS FUMING!