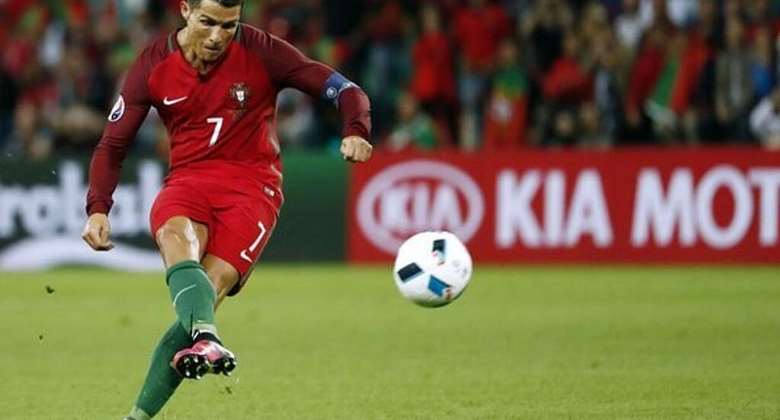 Ghana skipper André Ayew styled his team as the underdogs in the clash against Portugal and they paid the price for the muzzled vision on a Thursday night when Portugal skipper Cristiano Ronaldo entered the record books as the first man to score at five different World Cups.

Ghana's myopia was understandable with 32-year-old Ayew and his 3&-year-old brother, Jordan, as the only two in the 26-man squad with experience of a World Cup adventure.

And that was a truncated affair back in 2014 in Brazil where they were eliminated after the group stages following a 2-1 loss to Portugal.

Cristiano Ronaldo, then of the parish of Real Madrid and at his third World Cup, scored the winner at the Estádio Nacional de Brasília.

And just over eight years later at the 974 Stadium in Doha, the same figure - now a free agent after Tuesday's abrupt schism from Manchester United - started their decline.

Felled in the penalty area by Mohammed Salisu, Ronaldo picked himself up and thrashed the penalty high to the right of the Ghana goalkeeper Lawrence Ati Zigi.

Reward
Ronaldo's achievement was also due recompense for Fernando Santos's men who had at least been making efforts - albeit duff - to proffer threat and creativity throughout the previous 65 minutes.

The breakthrough injected intensity. Forced out of their boring bubble, Ghana aimed higher.

And running on to Thomas Partey's slick backheel, Kudus struck a thunderous drive that Costa parried away.

High and low
After 73 minutes, Kudus's energy was rewarded. His cut-back from the left was prodded into the net by Ayew just in front of the Ghana fans.

They rejoiced. But that was as good as it got for Ghana. Within seven minutes of restored parity, they were 3-1 down.

Bruno Fernandes slid a pass right to Joao Felix who dinked the ball classily over Ati Zigi to restore Portugal's lead and Fernandes set up substitute Rafael Leao on the left who guided the ball with languid assurance past Ati Zigi's dive and into the left hand corner.

Santos felt sufficiently confident with a 3-1 lead to remove Ronaldo and Felix.

Punishment
The bravado nearly backfired as Ghana pulled one back through Osman Bukari to make it 3-2.

Costa almost cost his side the three points in the ninth minute of stoppage time when he dropped the ball in front of him, unaware that Ghana's Inaki Williams was behind him.