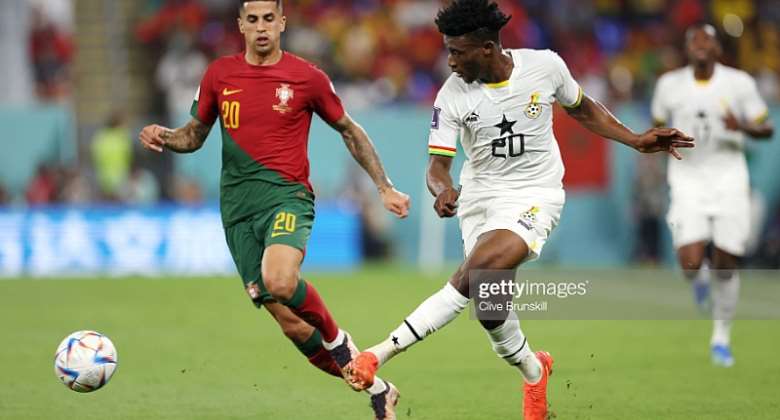 Ghana legend, Asamoah Gyan has criticized Otto Addo following his decision to substitute Mohammed Kudus during the opener against Portugal.

The Ajax youngster was impressive for the side in Ghana's opener at the 974 Stadium in Doha.

After Ronaldo has broken the deadlock, Kudus assisted Andre Ayew to level things up for the Black Stars.

Surprisingly, the 22-year-old was replaced by Osman Bukari in the 77th minute.

Gyan, who is the country's all-time leading goal scorer speaking on SuperSport criticized the decision of Otto Addo.

According to him, the former FC Nordsjaelland forward should play the entire 90 minutes.

"The decision to substitute Kudus Mohammed was entirely wrong," he said.

"This is a player that has just assisted Andre Ayew to score so why do you have to take him off from the game?

"It was a poor decision because he could have produced a magical moment for the side," he added.

Ghana however ended up losing the game by 3-2.
The Black Stars will hope to return to winning ways when they face South Korea on Monday at the Education City Stadium with kick-off scheduled at 13:00GMT.