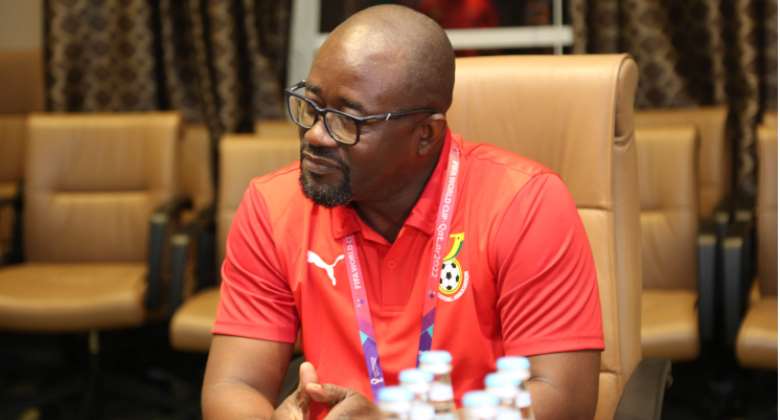 President of the Ghana Football Association [GFA], Kurt Okraku has assured that the Black Stars will be very competitive at the FIFA World Cup Qatar 2022.

Ghana, who are making its fourth appearance at the Mundial and will hope to improve their performance after exiting the group phase in 2014 in Brazil.

The Black Stars will open the campaign against Portugal later today at the 974 Stadium with kick-off at 16:00GMT.

Speaking following CAF boss [Dr. Patrice Motsepe] at the team camp, Mr. Okraku assured him that the Black Stars, who are four-time African champions will be competitive and put up a good fight.

"I think we can’t ask for more for the father of football on the African continent to pay us a visit is something that inspires not only the players, not only the technical team but my good self," he said.

"It tells you that the leadership of the Confederation of African football are very much interested in whatever is happening in the Member Associations and Ghana being one of the five that are representing the African continent, obviously we should be extremely happy that the leadership are here with us and I am very grateful for all the good work and hard work that the President is leading, his vision is very, very clear.

"He wants the good of the African game and I support the vision clearly and we intend to follow the vision to the best of our ability.

"Africa is here to compete and I can tell you for a fact that Ghana will be very, very competitive and I believe that already the other siter Member Associations have shown that Africa does not lack quality," he added.