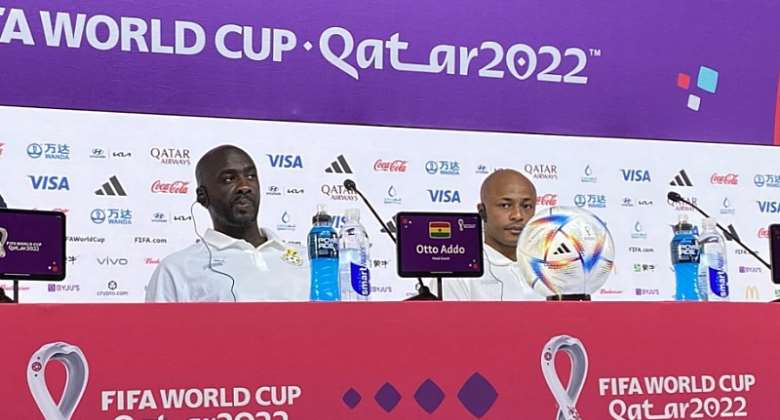 Andre Ayew has said the Black Stars will do everything possible to get a positive result in their 2022 World Cup Group H opener against Portugal on Thursday.

Ghana open their campaign against the European side at the 974 Stadium.

With the West African side entering the game as underdogs, Andre says the players will draw inspiration from Saudi Arabia’s shock win over Argentina on Tuesday.

According to the skipper, the Black Stars are aware there can be surprises at the global showpiece but will ensure they are ready for the clash.

“We know that in these big tournaments there are lots of surprises that can happen, so we just need to be ready,” the Al Sadd forward said at the pre-match presser.

“The Saudi game [vs Argentina] was great and marvelous, bumarvelousto think about ourselves and not look at what somebody has done.

“And we will prepare for our game, which we are going to do everything to get something out of it," he added.

After the game against Portugal, the Black Stars return to action with a clash with South Korea at the Education City Stadium in Al Rayyan.