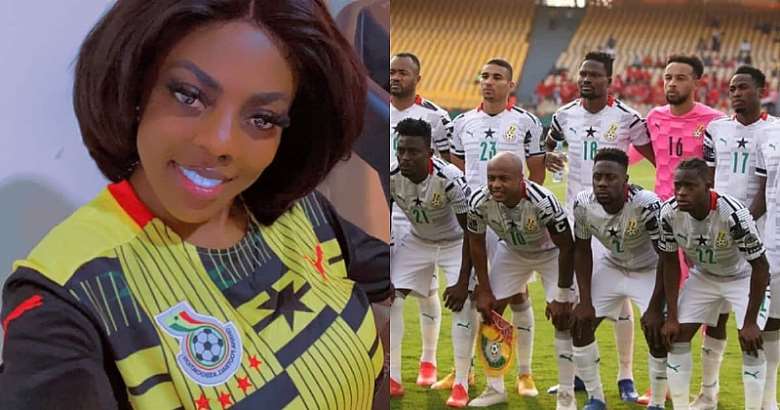 She has promised to give whoever predicts the correct scoreline an amount of GHS 800 as a reward.

She added in her tweet on Tuesday, November 22, that an additional GHS 200 will be given to those who can predict the scorers correctly.

“I’ll give whoever predicts Ghana vs Portugal scoreline correctly 800 cedis.

“You get an extra 200 cedis if you get the goal scorer/s right too,” she announced.

On how to make the prediction, she wrote, “Use #EIBQATAR2022 in your predictions & follow @GHOneTV to qualify for the cash.”

Meanwhile, the Black Stars of Ghana are currently rated as the lowest-performing team among the 32 countries, at 61 on the FIFA world rankings for the tournament, followed by Saudi Arabia.

However, after an incredible performance against the Swiss national team in a friendly game on Thursday, November 17, where the Stars walked over their opponents by 2-0, many now have faith the team is ready to compete.