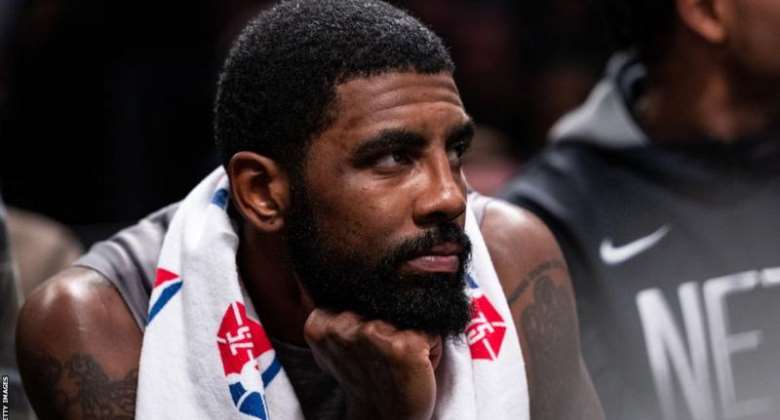 Kyrie Irving can return to the Brooklyn Nets following an NBA suspension for posting a social media link to a film with anti-Semitic material.

Irving has missed eight games during his suspension, during which time he has met with NBA commissioner Adam Silver and Jewish community leaders.

He is expected to return to the line up for Sunday's game against the Memphis Grizzlies.

"I meant no harm to any person, any group of people," Irving said.

The 30-year-old guard, a seven-time NBA All-Star, had been suspended indefinitely on 3 November.

He told reporters on Sunday: "I don't stand for anything close to hate speech, or anti-Semitism, or anything that is anti going against the human race.

"I feel it was necessary for me to stand in this place and take accountability for my actions because there was a way I should have handled all of this.

"This is a big moment for me because I'm able to learn throughout this process that the power of my voice is very strong. The influence that I have within my community is very strong. And I want to be responsible for that.

"In order to do that, we have to admit when you were wrong and instances where you hurt people and it impacts them."

Confirming Irving was available for selection again, the Nets said: "Kyrie took ownership of his journey and had conversations with several members of the Jewish community.

"We are pleased that he is going about the process in a meaningful way."