Match Report: Hearts of Oak scores late to earn a point from 2-2 draw against Dreams FC 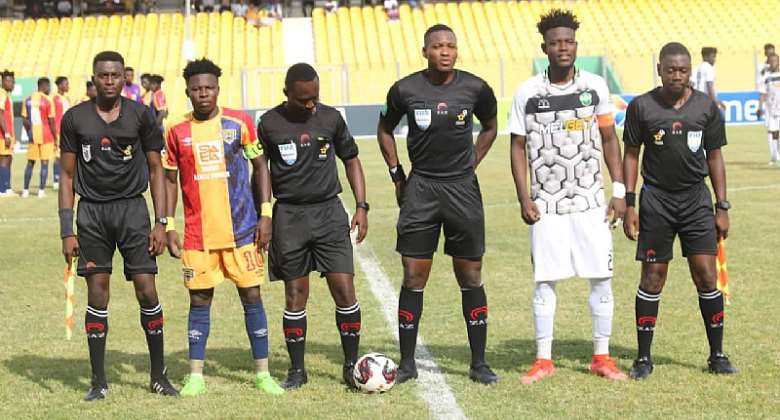 A stoppage-time strike from youngster Benjamin Yorke has helped Hearts of Oak to avoid a defeat to Dreams FC before the Ghana Premier League breaks for the 2022 FIFA World Cup.

The Ghanaian top-flight league after this weekend is going on a month-long break for the period of this year’s mundial.

In one of the eight league matches played today, Hearts of Oak hosted Dreams FC at the Accra Sports Stadium.

Unfortunately, for the hosts, the team had a slow start to the contest as the visitors capitalised to take the lead as early as the 14th minute.

Young forward David William Kwabena was presented with a good chance and scored to give Dreams FC the lead.

Three minutes into the second half, the attacker was at his best again and found the back of the net to double the lead for the away team.

While the team aimed to cruise to victory, things turned on their head shortly after especially when the team was reduced to 10 men.

Hearts of Oak took full advantage and piled pressure on the matchday 8 opponent.

First, a Collins Boah own goal halved the deficit for the Phobians before a late Benjamin Yorke strike forced the match to end in a 2-2 draw.