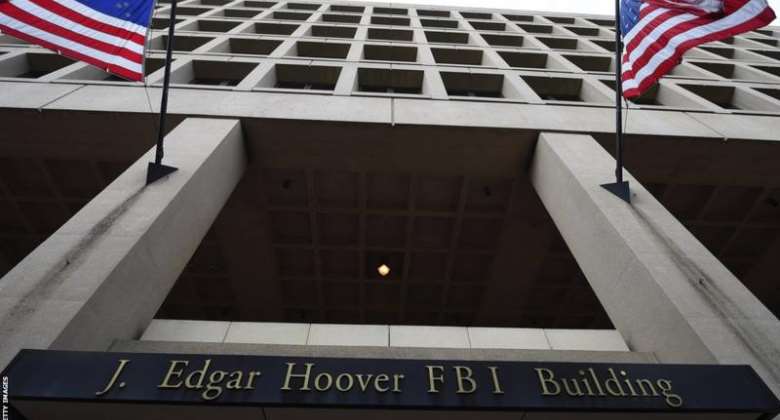 Nigeria's athletics federation says last week's conviction of two of its athletes for their part in a fraud scheme uncovered by the Federal Bureau of Investigation (FBI) is "sad and damaging" for the country.

On 10 November, Emmanuel Ineh and Toluwani Adebakin were convicted for transferring tens of thousands of dollars to the West African country as part of what the American justice department called "a complex fraud scheme".

Prosecutors said the scheme involved athletes from multiple higher-learning institutions in the USA, with African Under-18 triple jump record holder Ineh, 23, and sprinter Adebakin, 25, operating part of the conspiracy while team-mates at William Carey University in Hattiesburg, Mississippi.

"It's really sad and damaging, not just to the image of the sport or federation, but Nigeria as a country," Dare Esan, a board member of the Athletics Federation of Nigeria (AFN), told BBC Sport Africa.

"This kind of action could potentially affect other young athletes seeking scholarships to American schools. It dents the incredible achievements other honest athletes have created in the world.

"But we know America is a country with justice and fairness, so whoever is found guilty will be punished and made to pay the price for their own actions."

Following the FBI's investigation, the pair pleaded guilty to violations of the United States code, having engaged in unlawful activities and having 'sent tens of thousands of illicitly obtained proceeds to fraudsters in Nigeria as part of larger mail fraud, wire fraud, and money laundering conspiracy.

Both defendants are scheduled to be sentenced on 15 February next year in Hattiesburg and face a maximum penalty of ten years in prison.

"Sadly, wire fraud and other criminal activities are not limited to athletics but have become a national problem that must be fixed," said Esan.

"Imagine someone like Ineh, who's won an African [Youth] Games medal, to be caught up in this? You allow yourself and your bank details to be used for fraud and decide to derail your career - for what?

"It's sad and disappointing to see young athletes with great potential go this route in life."

A federal district judge will determine any sentence for Ineh, who finished in eighth place at the 2018 African Athletics Championships, and Adebakin, whose career has not shown much promise, after considering sentencing guidelines and other statutory factors.

Ineh is one of Nigeria's fast-rising long jump and triple jump talents, having moved to the University of Alabama earlier this year.

Adebakin graduated from the University of South Florida in May with dual degrees, a master's degree in sports entertainment and an master's in business administration (MBA).

He spent two years at William Carey University and won a national championship in the 4x400m relay.