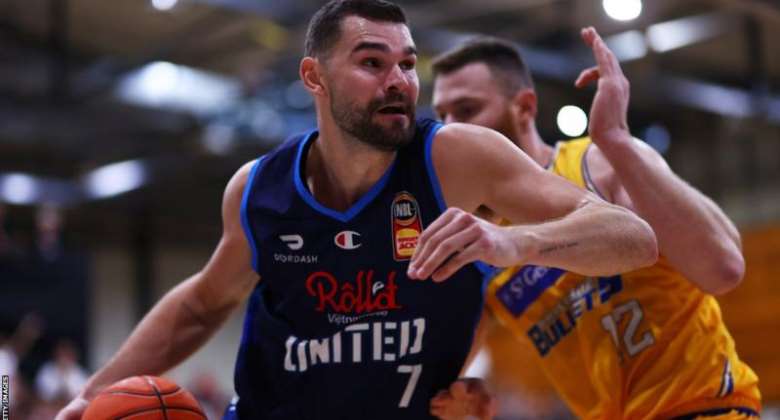 Australian Isaac Humphries has become the first active male basketball player currently playing in a top-tier league to come out as gay.

The 24-year-old addressed his Melbourne United team-mates in the locker room in a moving video posted on social media.

"It is a truth about myself that I have wanted to deny for a long time, but now I feel comfortable," he said.

"I have finally come to a point where I know I can reveal myself as a gay man and still play professional sport."

Humphries is the first Australian male basketball player and first in the National Basketball League (NBL) to be openly gay.

He told his team-mates he had tried to take his own life during some "extremely dark times", but now felt comfortable in opening up to his team-mates.

"I figured out a lot about myself during this most recent off-season, and I have thought about this a lot," he said.

"I knew if I were to join a team and start a season, I knew I would have to reveal who I am and not hide any more.

Humphries was embraced and congratulated by his team-mates after speaking to them in the video.

The National Basketball Association (NBA) said is was "proud and grateful" to Humphries for "sharing his story".

"We know the real impact his honesty and courage will have on many others. Isaac has our unwavering respect and support," a statement read.

"We love Isaac here at the club. For him to feel comfortable to be his true self here is great, and we couldn't be more proud of him," head coach Dean Vickerman said.

He is the second male basketball player to come out as gay while playing after Jason Collins, who came out in April 2013.