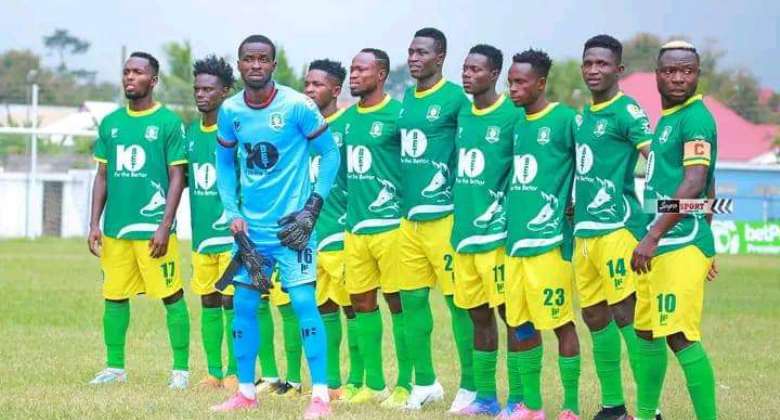 Aduana Stars are back on top of the Ghana Premier League table following a deserving 2-1 win against Berekum Chelsea.

The Dormaa-based club played host to the Blues today in a matchday seven encounter of the 2022/23 Ghanaian top-flight league season.

In the game this afternoon, the home team set up strong to secure a win at all costs to bounce back after suffering a defeat in the last outing against Real Tamale United.

Although Berekum Chelsea proved to be a tough opponent today, experienced forward Bright Adjei made the difference for Aduana Stars.

The striker scored in the 43rd minute to open the scoring for his team. Unfortunately, the excitement of that goal would be short-lived.

Thanks to a second goal from Bright Adjei in the 56th minute, Aduana Stars managed to restore their lead and held on to cruise to a 2-1 win at the end of the contest.

The win has propelled the team to the summit of the league table with 16 points from the first seven matches of the campaign.

Being an MP is serious business; the responsibility of a Min...
33 minutes ago