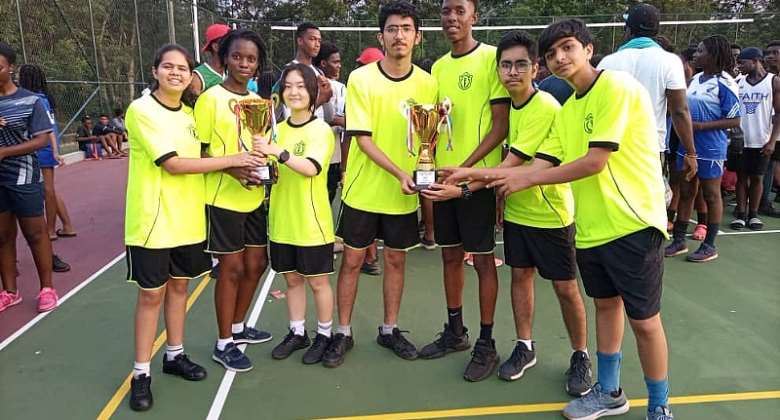 The games which took place at SOS in Accra over the weekend attracted 16 international private schools across the country.

Following the pace, their girls' team also paraded a strong side in the finals against Ghana International School, GIS.

Michael Darbah, in an interview with this portal, expressed gratitude to the entire playing body and management.

"The victory is even beyond me, I am highly grateful to the DPSI management, they stood behind us through thick and thin and we have delivered. It wasn't easy but we will keep going and doing our best.

"I want to dedicate this victory to the boys and girls who played their heart out throughout the competition, they are the champions," the Head coach of DPSI, Michael Darbah stated.

Captains of both sides also expressed their gratitude to management and their impressions.

Captain of the girls team, Yeji Kim said, "This was my first time participating in the ISSAG as well as being a captain for the girls table tennis. I want to thank all of my team members for putting in their all and cooperating, making DPSI take the trophy home proudly.

"A special thanks to our coach for all the training and preparing us for the event. I can't wait for the next ISSAG to compete once again!," Yeji Kim stated.

The leader of the boys side, Shriman Jha stated that guiding his side to victory was his top objective.

"As a captain, it's been really fortunate to see the grow and it's our second time going into the competition and we've won it two times, so it's a great privilege to captain such a great team.

"We had a slow start but we managed to come back stronger with my players and we finally won, so it's was really great," the boys' captain, Shriman Jha said.