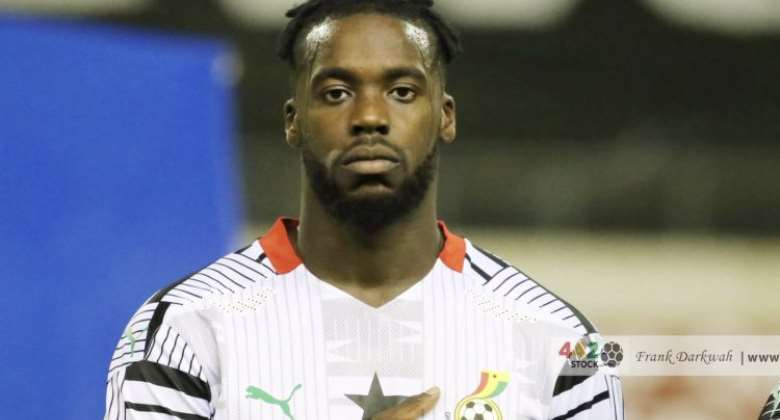 Ghana coach, Otto Addo failed to justify why he has left out in-form Jeffery Schlupp out of his final 26-man squad for the 2022 World Cup.

The 44-year-old trainer has announced his final 26-man squad for the tournament that has been slated for November 20 to December 18.

Schlupp dominated the medial headlines after reports emerged that he has been left out of the final squad.

Indeed, the Crystal Palace midfielder has no place in the squad for the tournament in Qatar.

Quizzed on his decision to leave out the versatile midfielder, Addo said, "I am a person who's very much on principles and one principle is that I wouldn't like them to do to me. So I hope you understand that I would not like to talk about players who are in the squad.

"As I said before, I have reasons on and off the pitch which were all communicated to the players so it is between me and the player. For me, that is it and they know why they are not in the squad.

"It is very difficult to understand from the outside but it is not good to talk about a player and then the player comes back to say he said this and he said that. We talked en and they know the reason why they are not in the squad. I am very sorry I don't want to go inside that. You know my principles and maybe you want to suggest, but they know why they are in the squad," he added.

Ghana will open camp in Abu Dhabi today and will take on Switzerland on November 17 in a friendly game.

The Black Stars, who are making their fourth World Cup appearance, will arrive in Doha on November 19.

Four days later, the Black Stars will return to action with a clash with South Korea at the Education City Stadium in Al Rayyan.

The Black Stars, having missed out in the last edition hosted in Russia in 2018, will be hoping to improve their performance in Qatar after exiting the group phase during the 2014 World Cup in Brazil.