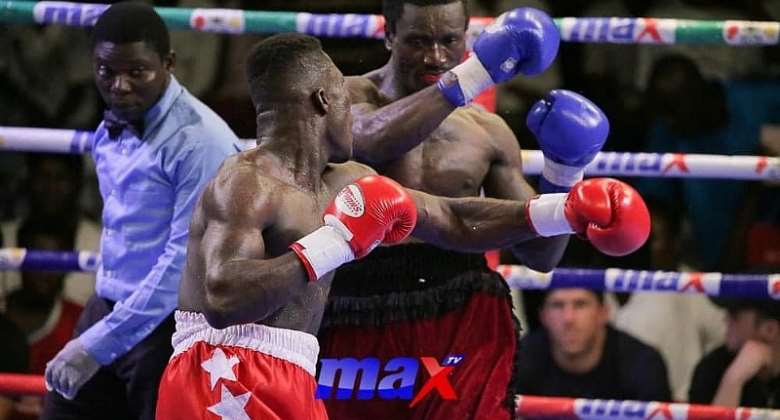 Fight Night 17 of the exciting De-Luxy Professional Boxing League came off last Saturday at the Bukom Boxing Arena, and as usual, it was a night to remember as all the boxers on the bill gave a good account of themselves with the better ones coming out victorious.

Giwa Habeeb Kehinde defeated Prince Tetteh through a TKO in the third round.

Eric Korley also won over Prince Quaye in round 3.
Aminu Quarshie, a former Kickboxer is establishing himself as a boxer to be watched as he knocked out Sampson Tettey in just 40 seconds of the first round.

Abdul Aziz Seidu was too good for Eric Tettey Tetteh.

The crowd at the Arena loves musician Adotey Tetor, and he dished out fantastic cool entertainment, just like the boxers.

Prisons Officer and National Champion, Musah Lawson exhibited a memorable performance against Evans Oware, ending the bout in round five.

Elvis Ahorgah, the son of a soldier, another crowd puller won by a TKO against Sampson Amoako.

The Ghana Boxing Authority (GBA) and Imax Media Promotions are trying to educate fans to behave well in the Arena.

The De-Luxy Professional Boxing League has been so far very good, and sponsors like Techno, Renault, Max Buy, and TCL must be commended.