2022 World Cup: I am expecting a good performance from Black Stars - Stephen Appiah 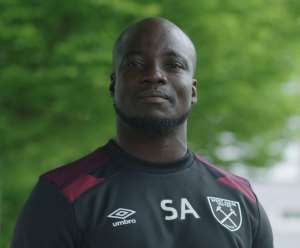 Former Ghana captain, Stephen Appiah says he is expecting a good performance from the Black Stars at the World Cup in Qatar.

Having missed out on the last edition hosted in Russia in 2018, the West African football powerhouse has made a return to the Mundial for the fourth time.

The Black Stars have been housed in Group H where they will come up against Portugal, Uruguay, and the Korea Republic.

Appiah who captained Ghana at the 2006 World Cup in Germany said he expects the current team under Coach Otto Addo to play good football and cause an upset.

“I am expecting good football, am expecting a team going to the World Cup to prove a point”, the former Juventus midfielder said in an interview on Al Jazeera.

The Black Stars meet familiar foe Uruguay in the last group game which brings back memories of the Luis Suarez handball incident which denied the West African country a chance in the semifinals of the 2010 World Cup in South Africa.

Ghana also face Portugal in its group opener and will be the second time the two teams clash at the tournament.

Ghana will open camp in Abu Dhabi and will take on Switzerland on November 17 before flying to Doha for the tournament on November 19.