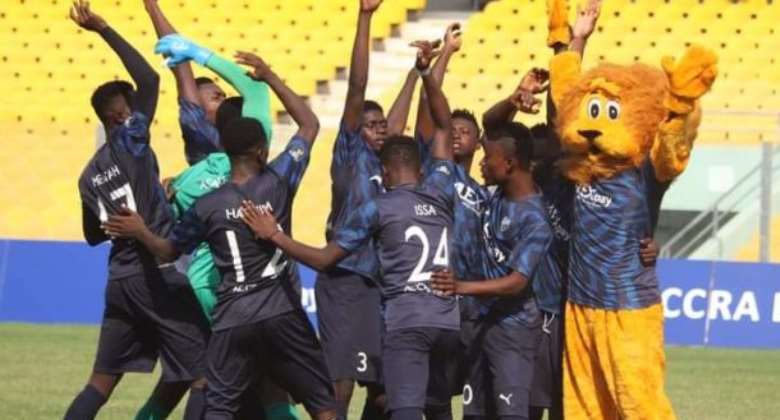 Accra Lions have climbed to the summit of the Ghana Premier League table after winning five consecutive games.

The Accra-based club started the 2022/23 league season with a defeat but has since recovered to put up a fantastic run.

Today, the team locked horns with Bechem United in a matchday 6 encounter of the ongoing league campaign.

Courtesy of a 45th-minute strike from Frederick Asante, Accra Lions managed to cruise to an important 1-0 win at the end of the match.

Thanks to what is the team’s fifth win of the Ghana Premier League season, Accra Lions have climbed to the top of the League standings with 15 points.

The team has two more points than defending league champions Asante Kotoko who are now second on the league table.

Meanwhile, giants Hearts of Oak are 10th on the league log following a goalless draw against Karela United on Sunday at the Accra Sports Stadium.