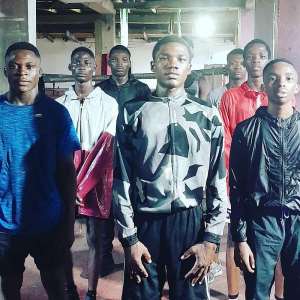 The national youth boxing team, Black Rockets has been refused visas by the Spanish embassy in Accra.

All 8 boxers who were scheduled to travel to the International Boxing Association (IBA) world youth championship in Spain on 14-26 November were not granted the travel passes and this has affected the young boxers who have been preparing for this exposure opportunity.

A top official of the Ghana Boxing Federation said, "They claim our boys are not real boxers and that they are also minors. That is strange because the competition is for their age group."

The morale and hopes of the future Black Bombers Ghana's youth boxing team, who are called the Black Rockets have been crashed as they were aiming to excel and win the 3-tournament European tour, the IBA world youth championship in Spain.

After Spain, the Rockets will move to Germany to fight in the 2022 International Schwerin Tournament from 9-11 December, whilst the rest of the team not selected will also travel to fight in Malta on 10 December.