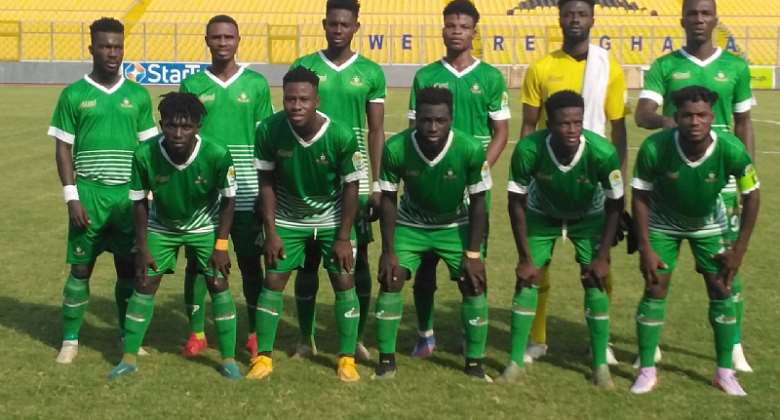 King Faisal put up a fantastic performance on Friday afternoon to secure a deserving 2-1 victory against Kotoku Royals in the Ghana Premier League.

This is the first win for the Kumasi-based club since the new 2022/23 Ghanaian top-flight league campaign commenced.

Before today, King Faisal had played five league matches and lost all in a very disappointing spell.

Taking the pitch for the matchday six encounter of the league season today, the struggling side played well to come away with the win at the Baba Yara Sports Stadium.

On the matchday, the home team led at halftime thanks to a strike from Samuel Adom Antwi in the 26th minute.

Ten minutes into the second half, King Faisal had the chance to double their lead when the team was awarded a penalty kick.

Experienced striker Abednego Tetteh accepted the responsibility from 12 yards and scored to increase the lead for his team.

Although Kotoku Royals would half the deficit in the 81st minute when Emmanuel Marfo scored, it was not enough to save the visitors from a defeat.

Despite the win, King Faisal are still bottom of the Ghana Premier League standings.

Meanwhile, Kotoku Royals have dropped into the red zone after the defeat but have a point more than today’s match opponent.