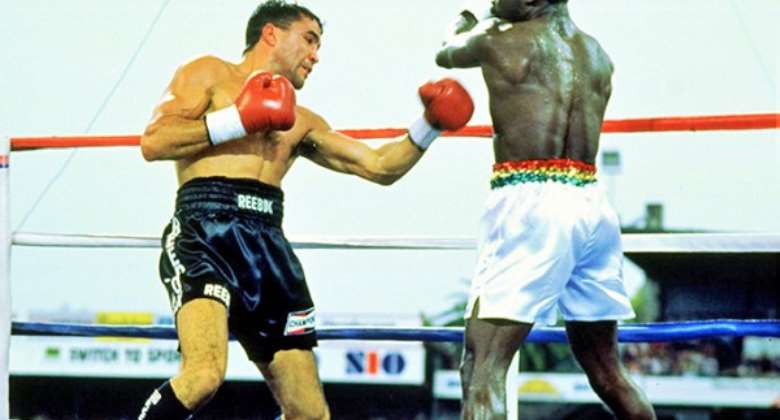 At the World Boxing Council (WBC) convention on Tuesday, Fenech was awarded the WBC super-featherweight belt, 30 years after he first Azumah Nelson for it.

"All the ring officials from all over the world score the bout in favour of Jeff Fenech," Sulaimán told attendees in Acapulco, Mexico during the convention.

"The WBC board of governors approve the motion to crown Jeff Fenech to become a four-time world champion."

Fenech was declared the loser when he faced the legendary Azumah Nelson for the WBC super-featherweight title in Las Vegas in 1991.

One judge scored the bout a draw, while the other two were split evenly, one card in Fenech's favour and the other for Nelson, seeing the fight end as a split draw.

Azumah then laid all contentions to rest with a devastating eighth-round stoppage christened "Father and Son" by boxing lovers in Ghana when the pair met in Melbourne nine months later.