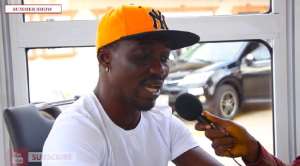 Hearts of Oak legend, Bernard Dong Bortey has revealed that he harbors the dream of coaching Barcelona and Real Madrid in the future.

Bortey has been appointed as the U-14 development coach by the Phobian Club.

Speaking to Accra-based Onua FM, the Ghana Premier League legend reiterated that he aims to become a first-team coach in the future.

"That's not where I'm targeting, although we start from somewhere. But for me, my target is to coach Real Madrid, Barcelona, or Juventus. I said this thing on the radio some time ago, and today I'm saying it on TV.

"Even then, I wasn't a coach. I said I'll coach Barcelona when I become a coach. Ghanaians lashed out at me me, saying I can't. Maybe it looks huge in the eyes of humans, but it's not huge in God's eyes.

"Because the ones who are coaching these teams were players like Don Bortey, and now they are coaching.

"So if Don Bortey says he will be a coach, why not support me with prayers rather than criticizing that I can't do it?

"I know that with what I'm saying, I'm not going to give up. That is why they call me the humble Lion. I'm strong."

Don Bortey is one of Hearts of Oak's most adored players. He won four Ghana Premier League titles with the club and one CAF Confederations Cup.