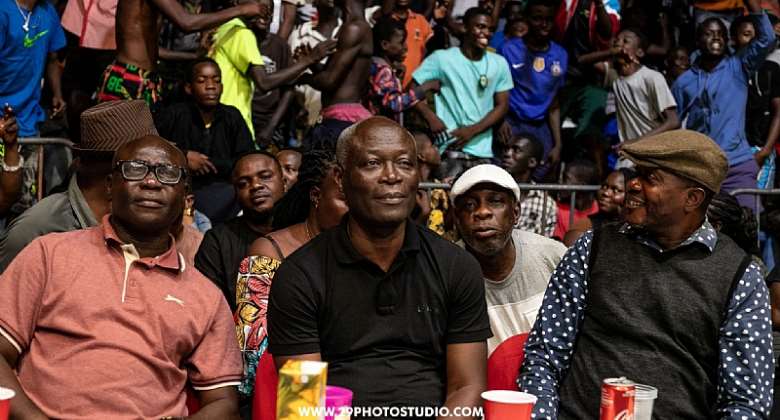 1. We sincerely apologize on behalf of GBA and Imax Media Promotions for what happened last Saturday at the Bukom Boxing Arena for week 16 of the ongoing De-luxy Professional Boxing League.

2. It’s about the third time we have had such unfortunate incidents of hooliganism and vandalism orchestrated by faceless individuals.

3. Both the GBA and Imax Media Promotions are considering taking a second look at ticketing and effective security network.

4. Officiating of fights especially the scoring system and crowd control will be scrutinized for the needed revamping for the betterment of all.

5. Some Coaches and Boxing key stakeholders have been identified as instigators of the unfortunate incidents. An effort is been made to help sensitize and educate all stakeholders involved in the league proceedings to avoid any untold circumstances.

6. Via the newly installed GBA CC-TV camera, several people have been captured for the unfortunate incident of violence, hooliganism, and vandalism. The necessary punitive action is considered to serve as a deterrent to others.

7. The GBA and Imax Media Promotions apologize sincerely to all our dignitaries especially foreigners who patronized last Saturday's week 16 edition of the magnificent Boxing League across the African continent. We promise them that such uncultured behavior will never be repeated.

8.bGBA wishes to crave the indulgence of all stakeholders in boxing to bring their shoulders to the wheel to help correct this negative phenomenon.

10. What happened last Saturday is a learning curve for the GBA regarding countless issues. Everything humanly possible will be done under the leadership of the current GBA President and his board members to arrest the negative phenomenon and correct any misconception. An official statement will be issued by GBA and Imax Media Promotions in no time.