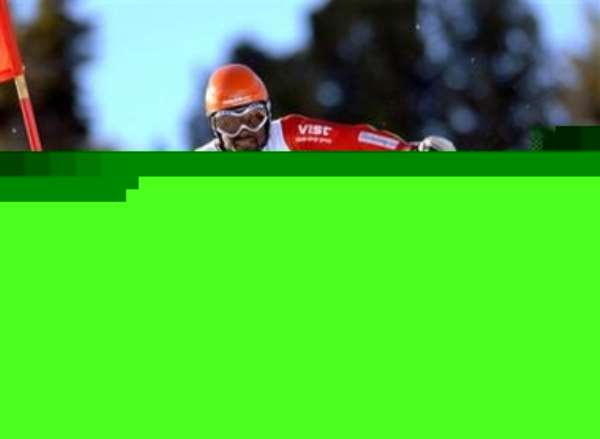 Super-G man hoped to become first Ghanaian at Winter Games (ANSA) - Trento, January 31 - A skier's dream of becoming the first athlete to represent Ghana at a Winter Olympics has died . Despite intense training in the Dolomites with Italian coach Marco Pastore, Nkrumah-Acheampong fell in his last qualifying race for the super-G and failed to reach the points required to enter the Torino 2006 Games . Nkrumah-Acheampong told reporters he was "obviously disappointed" but "all the more determined" to make it to the next world championships at Are, Norway in 2007 . The 30-year-old Ghanaian, nicknamed the Snow Leopard, was adopted by the Dolomites community of Pampeago which backed his bid to the hilt . Despite falling at the last hurdle, he can feel satisfied that he got so close . He has only been skiing on real snow for a year and 12 months ago his International Skiing Federation (FIS) rating was over 1,000 points - an apparently insuperable barrier . In the FIS rankings, the more points you have the worse you are . London bookies made Nkrumah-Acheampong a 1,000-1 shot to make it to the Games . In the end, he came up just 76 points short of the 140-point entry mark .
Without the fall, he would almost certainly have made it . Born in Glasgow to Ghanaian parents who took him back to Africa immediately after he was born, Nkrumah-Acheampong returned to Britain after finishing school and got a job at an artificial ski run outside London . Excited by the sport, he decided to have a crack himself, less than four years ago . The move to real snow came at Christmas 2004, in France, and he started competing on FIS's parallel circuit in countries like Iran and Argentina . "It's hard skiing by yourself with no one to tell you where you're going wrong," he said at the time . "All I know about skiing comes from James Bond films" . However, helped first by a British coach and then by Pastore, the trail-blazing Ghanaian started eating into his points deficit. Backed by sponsors who could see parallels with the famous 1988 Jamaican bob team or Britain's hugely popular skijumping dud Eddie The Eagle, Nkrumah-Acheampong also became a spokesman for Medecins Sans Frontieres (Doctors Without Frontiers) . Had he made the Olympics, Nkrumah-Acheampong might even have had a film made about him, like the hit feel-good story of the Jamaican bobsledders, Cool Runnings . "People bring (the film) up every time they see me ski," Nkrumah-Acheampong said recently . "It's always inspirational to see people come from nowhere to somewhere". Now, although he says he doesn't like the cold too much, he plans to stay among the affectionate citizens of Pampeago as he prepares his campaign for Are .