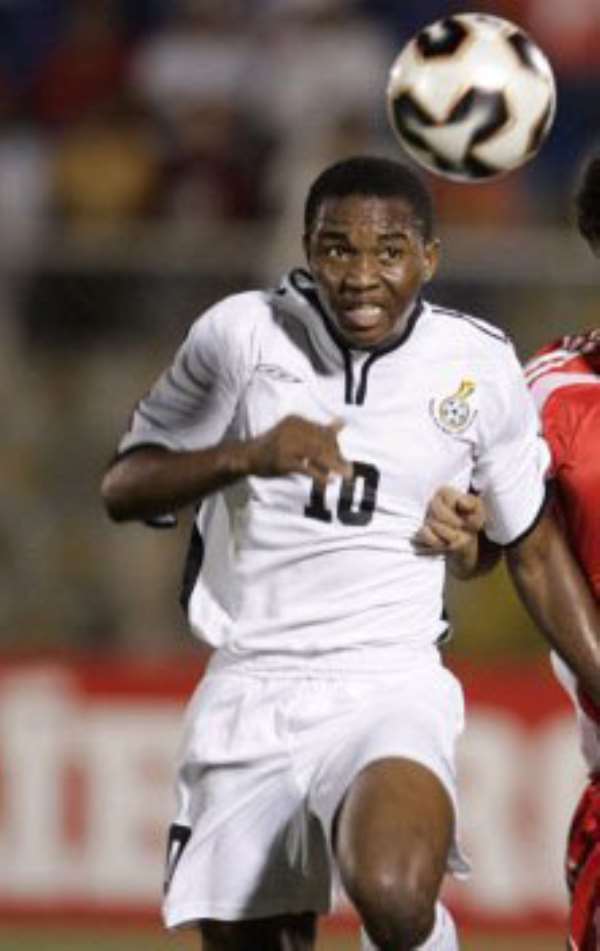 Hearts of Lions and Black Starlets striker Sadat Bukari is set to fly to England tomorrow to seal a deal with the reserve side of West Ham United in the English Premiership.

The deal which is supposed to be for three years will see the striker being the first product of Heart of Lions to be transferred to the English Premiership. Bukari's move to West Ham is as a result of his exploits during the World Under 17 Juvenile Championships in Peru where the Starlets were eliminated in the group stages even though they did not loose a game.

West Ham United is expected to finalise the three-year transfer deal with the player. No fee has been quoted yet.

Meanwhile, Tottenham Hotspurs, the club that invited Sadat for tr! ials soon after the Juvenile Championships, have asked the player to return to the side on the 15th of January for a six-month stint but it appears that the West Ham United deal is what has caught the player's attention.

Sadat Bukari was part of the Under 17 side which took silver in the African U-17 Championships in Gambia under the tutelage of AshantiGold Coach David Duncan. It is however unclear as to what has become of Opoku Agyemang, another Starlets player who also went for trials together with Bukari at Tottenh! am Hotspurs.